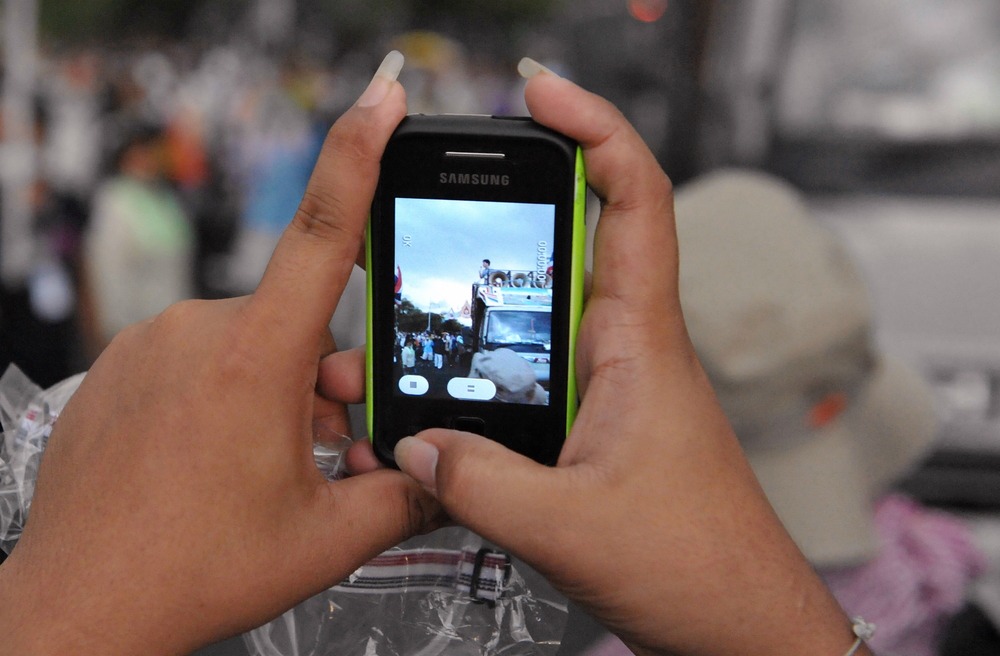 Many governments around the world have been cracking down on online free speech this year, including threatening, punishing and silencing online journalists, citizen reporters and bloggers, according to a report released Wednesday by Freedom House, an advocacy group.

This is the fifth annual report on the freedom of the Internet published by the U.S.-based nonprofit. Freedom House studied  developments in 65 countries between May 2013 and May 2014. Its conclusion: Internet freedom in the world has been in decline for the fourth consecutive year. The study says that out of 65 countries examined, Internet freedom declined in 36.

In the past year, many states have increased their surveillance activities, introduced repressive laws targeting online media, and arrested social media users and citizen journalists, according to the report.

In the United States, the Internet is considered free, earning a score of 19. However, the report says that revelations about government surveillance in the U.S. might have a negative effect on journalism. “Self-censorship among journalists and writers reportedly increased due to an awareness of the potential threats to anonymity posed by surveillance of online communications,” it says.

The report concludes that setbacks in Internet freedom this year have been more overt than those in prior years.

“In a departure from the past, when most governments preferred a behind-the-scenes approach to Internet control, countries are rapidly adopting new laws that legitimize existing repression and effectively criminalize online dissent,” the report says. “As a result, more people are being arrested for their Internet activity than ever before, online media outlets are increasingly pressured to censor themselves or face legal penalties.”

Online news outlets that were among the few independent news sources in many of the countries examined have been hit hard. Bloggers in Jordan, Russia and Singapore need to register with or obtain licenses from their governments, which might lead to self-censorship.

Online reporters were arrested in 25 countries out of the 65 that Freedom House examined. “In Ethiopia, six writers from the Zone9 news blog were arrested in April 2014 and face charges related to accepting foreign funding and inciting violence through social media,” the report says. “In Iran, 16 employees of the gadget review site Narenji were arrested over alleged links to foreign governments and ‘anti-Iranian media,’ […] the website’s founder received the heaviest sentence—11 years in prison.”

The report further cites examples of independent journalists being jailed for something unrelated to their reporting. “In Uzbekistan, Sergey Naumov […] was arrested in September 2013 on charges of hooliganism and given a 12-day jail sentence after he allegedly collided with a woman on the street, who then accused him of harassing her. The charges came days after Naumov began recording video about forced labor practices during the country’s annual cotton harvest.” The report mentions similar stories from Azerbaijan, Belarus and Vietnam.

Among the countries examined, Russia, Turkey and Ukraine suffered the biggest setbacks from the year before, the report found. In Moscow, the Kremlin is restricting online media freedom with new laws that allow it to crack down on news sites that criticize its policies.

“In Turkey, the blocking of social media, limits on circumvention tools, cyberattacks against opposition news sites, and assaults on online journalists were among the most prominent threats during the year,” Freedom House says. In Ukraine the main problem was violence against journalists and social media users during the anti-government protests in the first months of 2014.

Journo Prof: Stop Debating About Technology and Start Figuring Out How To Use It
x

next story
Journo Prof: Stop Debating About Technology and Start Figuring Out How To Use It
x