AMERICAN JOURNALISM REVIEW
alpha
Getting it Right: Fact-Checking in the Digital Age 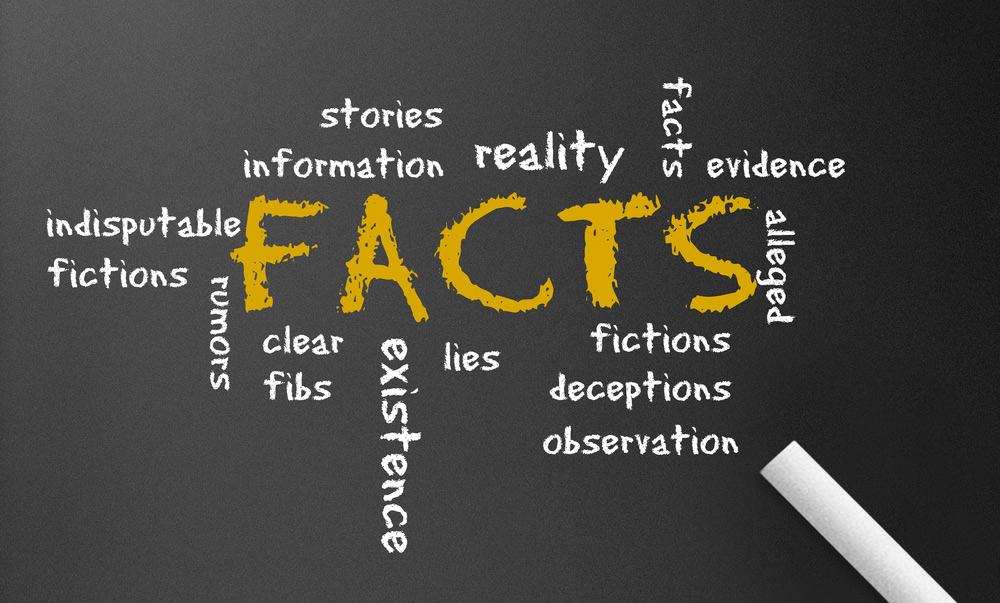 Jane Elizabeth, a veteran journalist and adjunct professor at Old Dominion University, settled on a simple exercise to test her class on fact-checking a few semesters back. She gave her students a news story and told them to identify the parts of the article that a thorough fact checker would work to verify.

As she flipped through the finished assignments, Elizabeth noticed each student made the same error.

“They forgot to circle the quotes,” she said. “You can’t do that. You can’t say, ‘Oh, someone else said that, so we’re covered.’ If what someone says is wrong, that’s still faulty information you’re spreading, and that’s a problem.”

Now Elizabeth and a group of colleagues are out to rectify such misconceptions and lackluster practices with their work for American Press Institute’s fact-checking project. The two-year program, headed by Elizabeth, aims to research fact-checking methods and inform media professionals across America.

One goal of the project, Elizabeth said, is to help journalists fight misinformation entering the 2016 election season.

Fact-checking journalism has gained steam in recent years as the Internet both fuels the need for it by allowing misinformation to spread faster and spawns new tools to combat it through crowdsourcing and automation. A variety of sites like Politifact have popped up since the mid-2000s, seeking to highlight and truth-squad false statements by politicians and pundits. 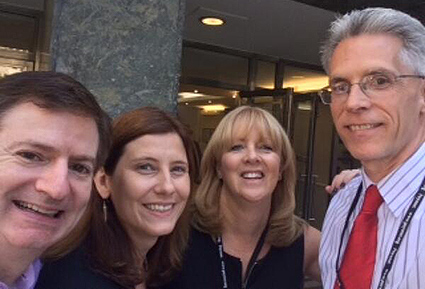 Jane Elizabeth (second from right) with people from other fact-checking outlets. The others (l. to r.) are Glenn Kessler of The Washington Post; Angie Holan, editor of PolitiFact; and Eugene Kiely, director of FactCheck.org.

The goal of API’s fact-checking project is to make such practices even more widespread by finding the most effective methods of fact-checking and by providing free seminars to various newsrooms to spur their adoption. Elizabeth’s team, which includes six scholars from around the U.S. and U.K., is studying fact-checking procedures and reaching out to news organizations to set up training sessions.

The Democracy Fund, a nonprofit organization created by eBay founder Pierre Omidyar, provided a $400,000 grant for API to begin work on the project in January 2014.

“The bulk of the money went to projects to research how to do this kind of reporting better to have more of an impact on readers and how to encourage newsrooms to start doing that,” Elizabeth said. “We’re going to take the results of the research and go out and do some training.”

The need for in-depth fact-checking has increased with the growth of digital journalism, said Bill Adair, who founded Politifact while at the Tampa Bay Times in 2007. Anyone can disperse information on social media with ease, which leads to the spread of incorrect statements, he noted.

“The information age is … wonderful for the breadth of information that people receive, but it’s also a time when people need to sort out what’s true and what’s not,” said Adair, a professor of journalism and public policy at Duke University. “It’s never been easier for politicians to spread falsehoods than it is today, and so it’s critical that journalists fact check what the politicians are saying.”

API has consulted with Adair for the fact-checking project and leaned on his expertise while conducting research. Adair said the API project has been able to spread his beliefs to more newsrooms.

Elizabeth and her crew have already gathered some research results and offered seminars to journalists. They’ll continue to adapt their lessons as more results trickle in.

One of the research projects API has already conducted revolves around the dangers of social media. According to Elizabeth, the group found that “political misinformation on Twitter outnumbers the people trying to fight the misinformation 2.7 to 1.”

In other words, nearly three in every four falsehoods tweeted out go uncorrected.

“The constant problem, constant challenge, is that when somebody puts a statement out there, it can reach hundreds, thousands or even millions of people,” said Jon Greenberg, a fact-checker at Politifact. “It’s just very difficult to correct whatever misimpression the original speaker gave to all those people. So you’re always a little bit, or maybe a lot, behind the curve.”

API also investigated the benefits of rating systems in fact-checking, such as the “Truth-o-Meter” Politifact uses and the “Pinocchios” system that Washington Post fact checker Glenn Kessler concocted. Rating systems are essentially graphical displays that represent a scale.

When The Washington Post gives a politician’s statement four Pinnocchios, it means the politician lied a lot. If someone receives one Pinnocchio, it probably means their sentiment was slightly misguided.

Elizabeth said the research suggested rating systems don’t give readers more information than traditional articles, but they are valuable because readers would rather look a post with a rating system. Research Adair and others conducted at Duke found  80 percent of fact-checking sites use rating systems.

“Rating systems are really no different than headlines,” Adair said. “They summarize in-depth journalism, and they do it in a very useful way that allows you to use structured journalism to recombine the fact checks in helpful ways. Because Politifact and other fact-checking sites are structured, readers can determine things like, ‘Are there more falsehoods on Fox than CNN?’ or ‘Does Michele Bachmann have more false ratings than Ted Cruz.’”

API’s research to date has helped define issues and evaluate fixes. In the next 12 months, Elizabeth said, the goal is to find better ways to inform newsrooms. They’ve decided to develop online learning seminars on fact checking that would be available for professional reporters to take before the 2016 election.

Still, the team has more studying to do, and Elizabeth pointed to a “massive survey” of professional journalists API is conducting which should help further the practice of fact checking once it’s completed this summer. Many of the questions in the survey revolve around fact-checking practices.

It’s all part of the aim to inform journalists on the practice of in-depth fact-checking so it can became a constant in a changing media landscape. So often, Greenberg said, reporters lean on what politicians say to dictate their storylines. But fact checkers go deeper before accepting quotes as facts.

“We don’t have to follow [a politicians’] script,” Greenberg said. “We take a look at their underlying point and say, ‘Ah, does this really add up?’ That feels, I think, particularly liberating.”

How the Media Covered the Baltimore Riots
Journalists covering the Baltimore riots became part of the story. Here’s a look at the wide-ranging media coverage.
Morgan Eichensehr and Daniel Popper
Newspapers Hunt for New Readers on Instagram
Will Automated Copy Editors Replace Human Ones?
Confessions of a Clickbait Victim
more in Law & Ethics