Baltimore Mayor Stephanie Rawlings-Blake, in a news conference last week,  asked  the U.S. Department of Justice to investigate her city’s police department for possible patterns of “unconstitutional practices,” including excessive force and discrimination.

In her remarks, Rawlings-Blake said Baltimore would implement police body cameras by the end of the year, The Baltimore Sun reported.

The announcement came in the wake of recent protests following the death of 25-year-old Freddie Gray, a black Baltimore resident who died April 19 from injuries sustained while in police custody a week earlier. Although charges have been filed against Baltimore police officers in the case, little is known about what actually happened to Gray after he was apprehended or why he suffered the broken neck that eventually killed him. A bystander shot the only limited video footage available to the public.

In a different world where all police officers already wore body cameras, those questions likely could be answered, and all the gray areas would become more black and white. If the officers had been wearing body cams, more might be known about what happened on the ground when they arrested Gray, and about what took place when they stopped the paddy wagon during the ride to the police station.

That’s why some cities across the country — now including Baltimore — are following in the footsteps of Los Angeles and mandating that all officers wear cameras. As of March 2, according to Fox 6 News in Milwaukee, one-third of the 18,000 police departments in the United States were using body cameras.

But this movement has prompted a pressing question, particularly for journalists: Who should be able to see the videos shot with these cameras typically attached to police clothing or helmets?

The answer varies among the states. According to USA Today, 15 states plus the District of Columbia have introduced legislation that would limit public access to footage shot with police body cams.

Much of the concern revolves around privacy, especially for victims of crimes, bystanders and people who might be recorded during arrests. Privacy is a big reason why some states argue the footage should not be covered under the Freedom of Information Act. Arizona, for example, has approved body camera legislation that “is among the most hostile to public access” in the nation, according to the Guardian. Other states, including Oregon and Georgia, are considering bills that would allow release of the footage but only under limited circumstances, the Washington Post reported.

Cost is another reason some states seek to exempt the footage from open records laws. In order to assure the safety of those accidentally caught on camera, the states contend they would need to pay fees for blurring faces in the footage.

Plus, what happens when a police officer walks in on a violent domestic dispute or rape? Is that something the victim would want circulating the Internet?

These are valid questions. And there are certainly ethical dilemmas that need to be addressed. However, for the good of the public and to ensure accountability, I believe the footage from body cameras should be public information. Journalists who want to review such footage should be able to take the necessary steps via the Freedom of Information Act to gain access. Otherwise, it will be difficult to ensure that police departments and the government officials who supervise them are acting honestly.

Still, the conversation rages on about the necessity of body cameras and whether the footage should be open to the public. As we move forward, some of the more nuanced aspects of body camera implementation will need to be clarified. On April 28, the Los Angeles Police Commission gave its final approval to equip all its patrol officers with body cameras. According the Los Angeles Times, the debate was extremely heated, as some were hesitant about allowing officers to review footage before writing their official reports.

All these issues are going to be tough to sort out. The answers aren’t definitive. Ethical problems will remain.

But I believe the footage should be considered public information. One of the primary reasons for body cameras is to hold police officers accountable, especially given widespread allegations of police discrimination and brutality in cities around the country. If the only people who can access the footage are police officers and government agencies they work for, how accountable will they really be? 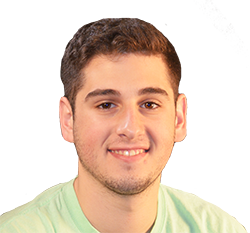