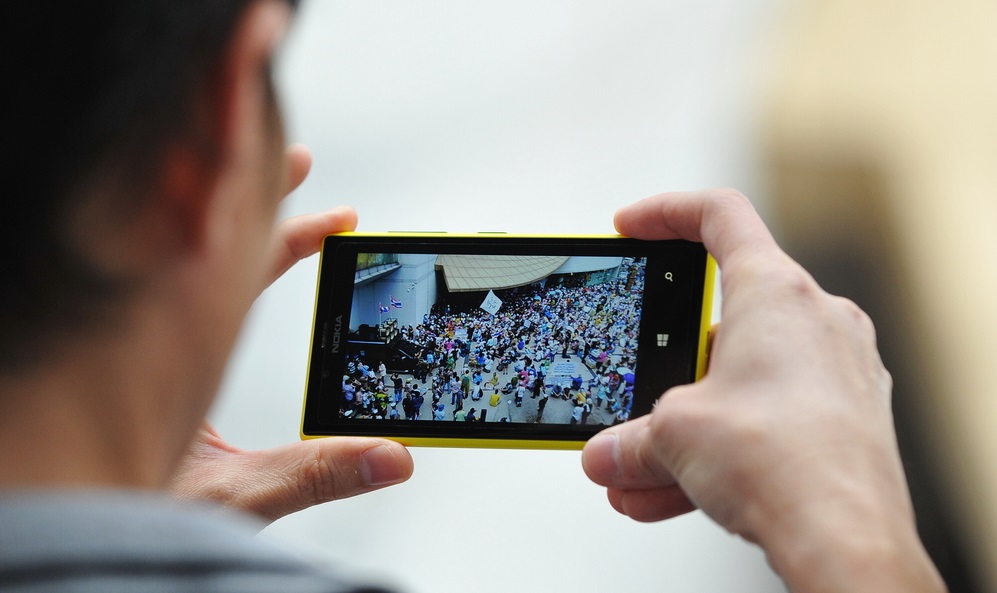 Instagram launched in October 2010 with a flurry of interest and cash, so why did the New York Times wait until last month to start a general account?

In short: exposure and connection.

Like most news organizations, The Times constantly wrestles with which social platforms it should incorporate into its media strategy, and to what extent. Yet some networks demand attention by virtue of how many people are using them, and Instagram is one of those juggernauts. Fueled by heady growth in mobile usage, the picture-sharing mobile app has amassed more than 300 million users who collectively share 70 million photos and videos every day, according to Instagram’s website.

Keying into this huge audience represents an opportunity for news organizations to reach different users in innovative ways.

The Times has already pulled in more than 55,000 followers for the new general Instagram account it launched on March 9, supplementing earlier Instagram forays, which include accounts devoted to fashion, travel, food and sports. Early news adopters on Instagram have amassed bigger followings: visual powerhouse National Geographic counts 15 million followers, TIME has 1 million, and NBC News has 403,000.

Thus far The Times has been posting photos from its photographers around the world, selecting images that focus on human interest, pack emotional appeal, and often relate to news, though perhaps not the kind of traditional newsy images that appear in the paper.

To see how other newspapers are faring on Instagram, American Journalism Review contacted six papers, each with fairly large staffs, and asked about their goals and strategies for posting and interacting with users. The visual social network is tricky for companies because it doesn’t lend itself to posting links like most social networks do; rather, Instagram is all about sharing images.

AJR found newspapers are posting different material and engaging with viewers in myriad ways, but all the editors seemed to share a common mission – they see Instagram as more about promoting their company’s name than its news stories.

Newspapers that successfully navigate Instagram, several editors said, have the potential to reach more people than possible with just print and the web alone.

Here’s what the editors had to say:

Mary Nahorniak, social media editor at USA Today, set up its Instagram when she joined the company in autumn 2011. Back then, she explained, USA Today’s goal was to post one photo per day. Now its main Instagram account has over 66,000 followers, and editors post five and to eight photos per day, sometimes more.

Several USA Today sections have their own Instagram accounts, namely opinion, sports, college, travel and Your Take. Each has fewer followers than the main account, though sports tops the list with 12,500 followers, and opinion has fewer than 350.

Before Nahorniak posts a photo to USA Today’s main Instagram account, however, she runs through a list of questions: “Is [the photo] something that belongs on Instagram? Is it going to do well there? Is it evocative? Does it read easily in a thumbnail? Does it tell a story?”

In one photo from March 31, USA Today depicted a story about boxer Mike Tyson’s abandoned home. The photo, originally taken by an Ohio-based photographer, received 504 likes. It captures the gates of Tyson’s former home, which, according to the new owner, will be transformed into a church.

Nahorniak said Instagram is a natural fit with USA Today’s brand because the publication is known for its use of visuals. She said her goal is for every photo to tell a story and let people in on the news through a different format. The photos are meant to reach people through visuals – not necessarily to get clicks on USA Today’s website.

The Washington Post also relies on Instagram to present news in a visually appealing way. “I particularly love that our foreign correspondents use Instagram to show readers something new from Cairo to Beijing,” said Ryan Kellett, The Post’s audience and engagement editor.

A shot by Kevin Sieff, a foreign correspondent for The Post, captured children playing in Liberia. Sieff posted it to his personal Instagram, where it received 112 likes. The Post then added the same picture to its Instagram page, where it received 750 likes.

Kellett said he prefers Instagram  to other social media platforms because readers can immerse themselves in it. “It’s a very serene experience viewing one image at a time on your phone,” Kellett said. “That intimacy makes it a great place to follow reporters and photographers who can take you to stories they are covering. I feel like readers get to know our staff really well through Instagram.”

The Post has two separately run accounts. Its social team runs one, and its photo department runs the other. The general account offers pictures and videos from stories the staff covers, and the photo department account is standalone photos with descriptive captions.

Like other publications, The Post doesn’t expect Instagram to increase viewership back to its site. Instead, it sees Instagram as a way to get more personal with readers. “We’ve long seen it as an outpost where readers can find and get to know us,” Kellett said.

Kalani Gordon, community coordinator at The Baltimore Sun, agreed that Instagram is more about the reader experience than building traffic for stories. “Given that there’s no actual way to sort of track whether people are going to these stories that we refer to, it’s not really about that for us,” she said.

Gordon, who handles the publication’s main Instagram account, said her main intent is to engage with the photo community in Baltimore. “There are great photographers in the city,” she said. “We basically try and make sure that we’re showcasing photos that people are interested in and just engaging with Baltimore.”

One photographer the Sun showcased was Dimo Karaboyukov, a winner of the stars-themed Sunshots competition. Karaboyukov’s long-exposure photograph of stars in the night sky garnered 376 likes, which is more than some of the Sun’s photo staffers’ shots.

The Chicago Tribune dedicates almost its entire Instagram to user-submitted photos. Scott Kleinberg, social media editor for the Tribune, said he thinks of a theme each week, then asks the community to submit photos using a hashtag. “To me, the best social media accounts are super social,” Kleinberg said. “I couldn’t think of a better way to be social than to basically turn the account over to the public.”

Capitalizing on this year’s harsh winter, Kleinberg encouraged users to share their photos of the snow in Chicago. Reaction to Instagram user casual.monday’s photograph (“Super Bean Sunday,” shown below) that was re-grammed by the Tribune was positive: The post got 955 likes and a handful of comments singing its praises.

The Denver Post includes no user-submitted photos on its Instagram. Traylor said his paper only posts pictures taken by staff photographers.

The result? Its professional photos, like the one shown below, seem to draw less engagement than the user-submitted photos posted by many other organizations. Likes on the Post’s Instagram photos tend to range from around 40 to around 100.

Traylor said he would like to see the Post experiment in the future with photo contests to invite user submissions. “I think that’ll help … add followers and get people more engaged,” he said.

Grab a copy of your new Chicago Sun-Times today! | #Repost @emmillerwrites with @repost app. ・・・ What do you think of the new look? A photo posted by Chicago Sun-Times (@chicagosuntimes) on Mar 11, 2015 at 7:30am PDT

The Sun-Times posts historical photos on its Instagram, which Newman said gets a lot of attention from followers. It also uses Instagram to gather news.

The Sun-Times follows people to find things that are happening and trending, such as breaking news and special events, especially festivals. Because citizen journalism has become so popular, Instagram is a great platform to showcase user-generated photos, Newman said.

How the Media Covered the Baltimore Riots
Journalists covering the Baltimore riots became part of the story. Here’s a look at the wide-ranging media coverage.
Morgan Eichensehr and Daniel Popper
Getting it Right: Fact-Checking in the Digital Age
Will Automated Copy Editors Replace Human Ones?
Confessions of a Clickbait Victim
more in Social Media