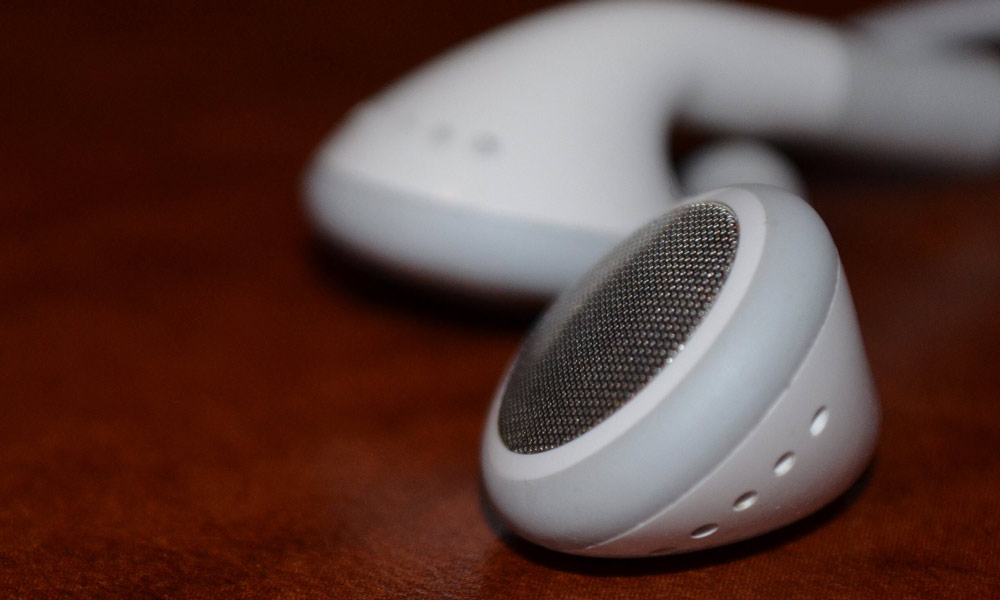 Credit: Photo by mikey.saltas via Creative Commons license on Flickr.
A new app being pioneered in San Francisco tells stories based on a listener's location.
Jessica Eggert

A mobile app launched this month called Detour is pioneering a new method of audio storytelling, one that could help smartphone users focus less on their screens and more on the world around them.

Detour is an audio app that tracks a user’s steps through GPS and tells location-based stories. While it is currently only available in San Francisco, its founder Andrew Mason, the former CEO of Groupon, plans to eventually make the app available in cities around the globe.

The audio tours or “detours” currently available tell eclectic tales of historic areas of San Francisco, with more on the way. The company’s head of content, Ben Adair, said Detour plans to release an audio tour in March that is produced by “Radiolab” and recounts the story of America’s first serial killer in Austin, Texas.

Robert Hernandez, who teaches digital journalism at USC Annenberg School of Communication and Journalism, sees a ton of potential for the concept of Detour to influence journalism and media.

“Instead of data visualization, I call this data audiolization,” he said. It “can tell you what crimes happened on this corner.”

Adair agreed and said the company will release its most journalistic story soon, looking at San Francisco’s battle to reduce all of the trash in the landfills.

“It can transform how people experience journalism,” Adair said. “[and] create these journalistic experiences that engage people through storytelling in an environment that connects people so much more to whatever story you’re telling them.”

The company currently produces all the content available through the app itself, tapping teams of journalists, radio producers, tour guides, artists, and more to create it. In the future, however, Adair said the founders plan to develop a more open platform allowing users to contribute content, too.

This is how it works: Users pay Detour $4.99 to download an audio tour to their smartphones, plug in their headphones and start walking. As a user walks, the application taps into their phone’s GPS to monitor the person’s location. Once the Detour knows they have reached a specific location, it cues the chapter of the story associated with that location. Detour has the potential to describe historic events that happened right where the person is standing.

Adair said the app offers a more intimate version of a podcast. “It’s like listening to a podcast but also living the podcast as you walk along with it,” he said. “Like watching a movie but stepping into the screen.”

Adair has journalism experience — he was co-founder of “Reveal,” an Peabody-award winning investigative journalism show for public radio jointly produced by the Center for Investigative Reporting and the Public Radio Exchange.

Like Google Glass, Detour is a form of augmented reality, except people don’t have to wear something weird to experience it. “Instead of the focus being on the screen [as with Google Glass] it’s your ears,” Hernandez said.

Hernandez said he sees potential for innovative advertising with the app, such as using special deals to lure users into a store they are passing during their Detour.

Adair, however, said the company does not favor inserting ads into its audio stories: “What we are trying to create right now is the best user experience, and advertisements disrupt that.”

Other mobile audio applications, including Pandora and SoundCloud, do interrupt the user experience by playing advertisements after every few songs. But Adair said that as long as people are willing to pay for Detour, he doesn’t see the need to integrate advertisements into audio walks.

In a world that provides an abundance of information for free, are people going to be willing to pay for Detour?

Hernandez isn’t sure, but acknowledged they may: “There are people who pay for tourism books, so why not this?”

Hernandez believes the concept behind Detour has the potential to disrupt certain forms of media—for example, by making traditional audio tours at museums and similar places irrelevant. After all, why bother making custom devices for museum tours if you can do the same thing on people’s phones?

Adair agrees that technologies like Detour may introduce significant changes to the world of audio.

“Any technology that combines mobile with audio in new ways has the potential to be extremely disruptive,” he said.

Here’s One Way to Tell Stories About Race: Remove the Journalists
x
>

The New York Times on Social Media: Not About the ‘Hyperbole’
x

next story
The New York Times on Social Media: Not About the ‘Hyperbole’
x