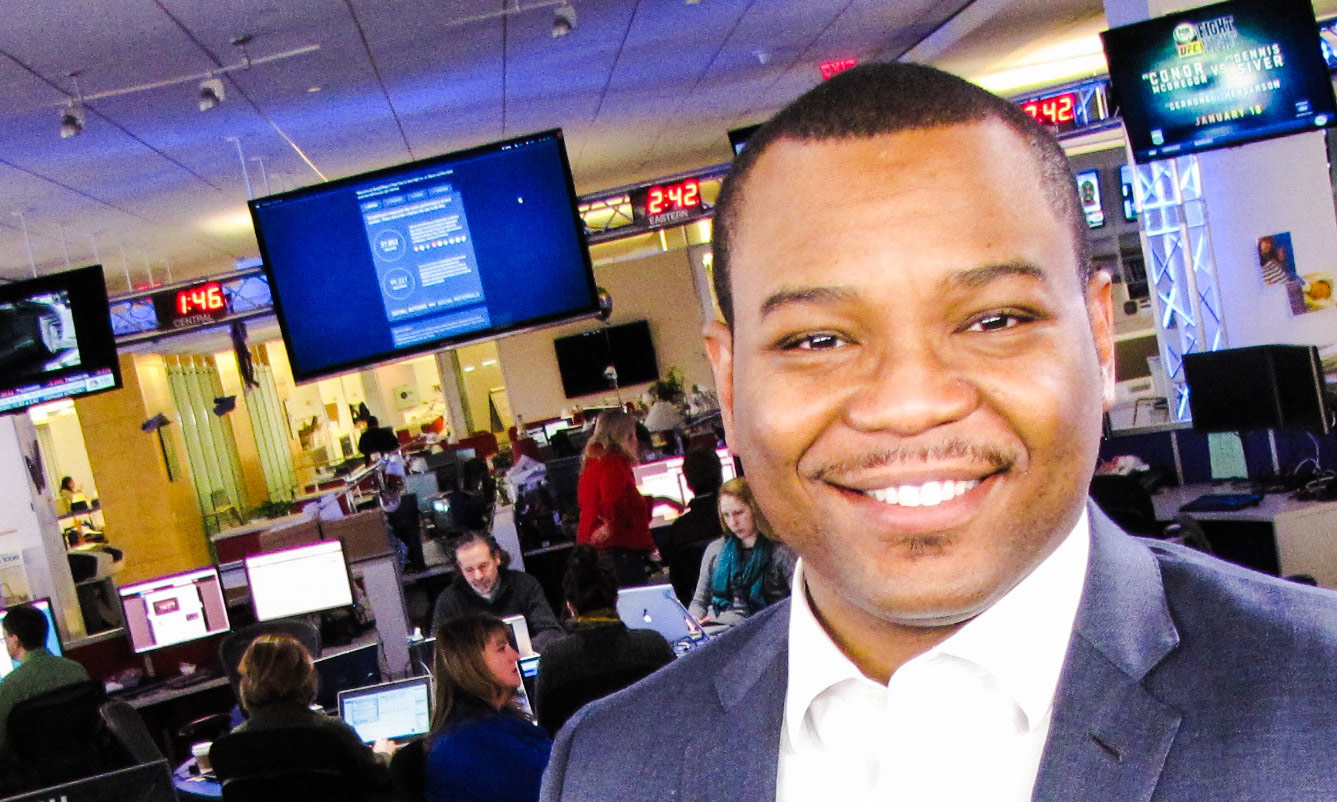 Credit: Courtesy of Tory Hargro
Tory Hargro, a design manager at USA Today, recently worked on an interactive project about race in America, designed to remove talking heads from the conversation.
Morgan Eichensehr

Editor’s Note: This article is part of Storybase, a series of occasional articles exploring new forms of interactive storytelling.

The first few moments of the USA Today interactive that explores the experience of being black in America is all about one thing.

Users are asked to essentially design the story about race they want to consume. They are served up a list of options and can choose the ones they are most curious about. Perhaps “black history,” “the future” and “stereotypes.” 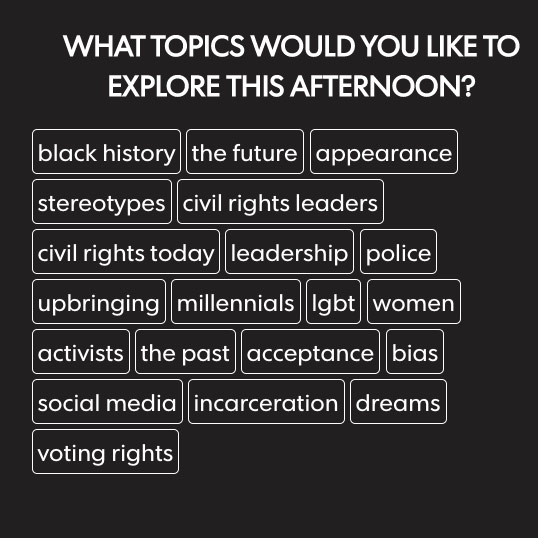 A video then fills the screen with a narrative that aligns with the keywords they select. In one case, it’s the face of 22-year-old “Leighton,” [his last name is not given] the president of Howard University’s Student Association. He explains how one day, he wants to tell his future children that the history of America’s success was largely built on the backs of African Americans.

Six other faces make up the video content of this interactive, each ready to tell their own story.

The goal of the project, titled #InTheirWords, was to remove journalists and “talking heads” from the narratives and allow modern civil rights leaders to speak directly to viewers,  said Tory Hargro, a design manager at USA Today who worked on the project.

It takes inspiration from other projects that are doing something similar, including The Washington Post’s “The n-word,” which explored the impact of the single, controversial word. It used similar tactics as #InTheirWords. An early screen asks users to pick several topics to create a custom video. One topic, for example, is whether “the n-word is overused in rap music.”

As part of our series on the thinking behind innovative news projects, AJR recently interviewed Hargro, who led a team of editors, designers and developers to complete #InTheirWords. It was released Feb. 10, with ties to Black History Month.

American Journalism Review: What was the story that you wanted to tell with this project, and why did you choose to tell it in this interactive way?

Hargo: We realized that when it comes to the stories of groups that audiences might not be familiar with, the most powerful stories tend to be in the words of the people who have the story. … In this case, particularly because it happened to be a time near Black History Month, we thought ‘why should we be the ones to interpret the stories of these civil rights leaders? Instead, let’s give them a platform to speak for themselves.’ … We decided to create something that would give you a way to connect with the person who will be talking about something you’d be interested in.

AJR: How did the project come together and how much time and resources went into producing it?

Hargo: We all operate on a team called the Story Engineering Team, and I manage that team as the design manager. And on that team there are two developers, there are a couple of producers, and then a host of graphic artists. And then we connect with and work very closely with a group of editors from a team in the network called Nation Now. … We set our team up in a way that facilitates really really rapid development of projects. So this project from beginning conception to end was only about three and a half weeks…. Our job is to create experimental presentations and see if they resonate with the audience, and so if this project does, then we’ll use it as a model for projects going forward.

AJR: The project has some similarities to one that The Washington Post produced last year, titled “The n-word.” Did you pull inspiration from other interactives like this that you’ve seen? How did the ideas for this project develop?

Hargo: We’re always scanning our competitors and the rest of our news family to see what they’re doing and are interested in. The “n-word” project was one of those projects that we had seen, and we keep kind of a record of projects that resonate with us, of work by The New York Times, work by Vox media, work by NPR. … But really the basis of this project was another USA Today project that we did way back in 2011. It was called “9-11+Me,” and it’s still online now, and it was an attempt to personalize the 9/11 story, to make it more human. We learned a lot from that project, about how you can personalize news.

AJR: How do you think this format, of audience members choosing topics and building different narratives based on what they want to see, changes the user experience?

Hargo: Well you’ll notice there’s a couple of things missing from this video. One of those things is a talking head or a person who is physically serving as a mediator between you and the video that you eventually get. That was by design, and I think the repercussions of that, if its successful, is we will try and find ways to connect people to content without inserting the faces of journalists or even the voices of journalists into the narrative, and instead [use] people’s own interests to help them navigate the content they find most appealing. … So the biggest thing with the user experience was actually getting ourselves out of the way of the experience.

AJR: What has the audience reaction to this project been like?

Hargo: We try to be careful about looking at the numbers too soon, because they can change rapidly… but we have seen tremendous interest from our audience. … We’re already thinking about other ideas we can create in this vein. … One of the things we did not do was come up with the tag first and then try to see if we could find someone to fill those tags. Instead, we just found very powerful voices that we think our audience probably hasn’t heard before, and then we tagged what they said in a way that even if you aren’t a part of this community, you could find the content accessible, because you chose to engage with that topic.

AJR: How did working on this project impact you, personally, and what did you learn from it?

Hargo: When you tell the audience that you’re going to tell them a story that is the expression of another person, that frees you journalistically not to make certain decisions about how to contextualize another person’s experience, and that frees you journalistically to just let raw emotion and experience in and, to me, that’s very powerful. Traditionally, the role of a journalist is someone who understands you and they’re helping bring something to you. So for me, this has been very special, because it’s telling me that powerful stories can be told, even when the journalists stay out of the way. Being African American and helping to tell this very powerful African American story, personally my family and my friends… have been really excited about the project. … The comment they made to me is: They’ve never seen this subject explored in such an authentic way until they saw the way we produced it.

See previous articles from our series on interactive storytelling:

Meet the Reporter Who Used Data to ‘Take Punxsutawney Phil Down’