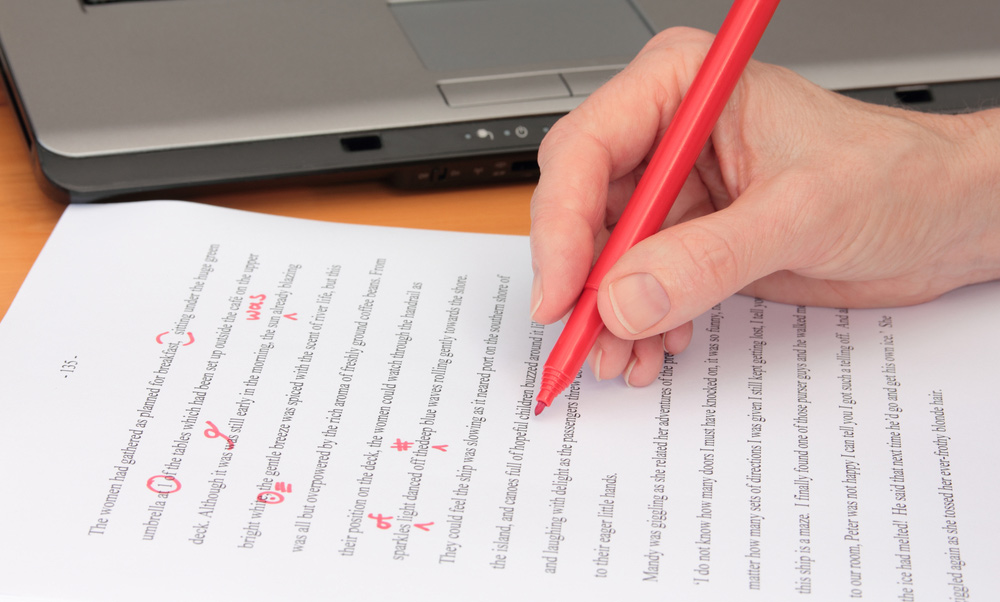 Grammarly, an automated copy-editing subscription service, continues to grow after passing 1 million likes on Facebook in January, raising questions about the impact that automated editing will have on the journalism industry’s copy editors.

Grammarly competes with a widening field of software options for journalists, such as PerfectIt, Tansa, the AP’s StyleGuard and Lingofy. Increasingly, analysts are wondering if news organizations will perceive these newer automated editing tools as adequate replacements for human editors — and act accordingly.

Merrill Perlman, an editing consultant and 25-year copy desk veteran of The New York Times, thinks they should not. “That’s a little pennywise and kind of foolish,” Perlman said. “Copy editors are quality control officers. … Look what’s happening with GM, with their quality control.”

Yet as newsrooms downsized during much of the past decade, copy editors particularly suffered; many outlets sought to save money by reducing their ranks. Now some analysts are predicting that copy editors face an existential crisis, while others recognize the extra level of quality that copy editors create. Digital native BuzzFeed, for example, made headlines recently for hiring copy editors.

“There seems to have been a decision made along the way that copy editing is a luxury,” said Poynter media analyst Andrew Beaujon. “And if that’s where your news organization is, but you still pride yourself on accuracy or at least not having comma splices, then this [software] seems like a good enough solution.”

Beaujon wrote about an American Society of News Editors survey that found the number of copy editors in newsrooms from 2002 to 2012 decreased 46 percent, whereas reporting and supervisory positions fell 26 percent and 24 percent, respectively.

On copy editing, Beaujon said: “Anyone who doesn’t see it as an endangered profession is possibly insane.”

Founded in 2009, Grammarly offers paid subscriptions for proofreading and grammar-checking services and claims to catch more mistakes than its competitors. Behind the scenes of Grammarly, an “ever-evolving algorithm” powers the automation to identify mistakes and flag them for the user, Grammarly spokeswoman Allison VanNest wrote in an email.

But the software “is not designed to replace editors or proofreaders,” VanNest wrote. “Essentially, Grammarly serves as another set of eyes on your writing.” VanNest could not say how many of Grammarly’s few millions of users are journalists.

As newsrooms continue to shrink, journalists increasingly are being asked to do more on their own. Beaujon said editors expect reporters to clean up their copy independently more than ever, especially with increased pressure from company accountants.

When she first encountered copy editing software, Perlman said, she thought it would be “the end of copy editing as I knew it.”

But over the years, she had a change of heart and realized that copy editing software, when deployed at the end of the editing process, can allow copy editors to focus on bigger-picture issues. For example, she said, current software cannot flag a sentence claiming a Republican Wyoming politician supports gun control — something that should raise any human copy editor’s eyebrow.

While copy editing programs can make useful suggestions, Perlman said, “If you follow them blindly, your work will become close to unreadable.”

Beaujon believes that while stories will inevitably need corrections for mistakes as more copy editors disappear, that in itself might not be an apocalyptic scenario. Sometimes, he said, the supposedly significant changes copy editors make are really more like “secret handshakes from editor to editor” to prove one’s knowledge of obscure, arbitrary journalistic style rules.

While attitudes may be shifting on the timing of corrections, accuracy still appears to matter at news outlets. BuzzFeed recently gained attention for publishing its own style guide, which says corrections are “important … because we need to be right.”

But Shani Hilton, BuzzFeed deputy editor in chief, said minor quibbles should never prevent a story from going online as soon as possible.

“We often will publish things and have copy editors look through it afterward, the idea being that we don’t want our copy editing to hold up things from getting on the website,” Hilton said. “Ultimately, with breaking news, if there’s a typo in the head or a typo in the lead, it’s not that big of a deal. We’ll fix it when we can.”

Poynter has much the same workflow, but without any copy editing-specific employees.

“It’s great when you can give it some time, but a lot of what we do is focused on the news and we try to get them out quickly,” Beaujon said of the editing process. “We want to be right.”

While some traditionalists might scowl at sacrificing complete correctness for speediness, Beaujon said, so-called journalism commandments have not actually been around for very long in our culture.

“Those traditions, I think if you’re honest, you’ve got to say that they’re fairly recent,” Beaujon said. “Did they produce a better product? Did they produce a project that people really cared about? Did the rule about ‘over/more than’ — did a single reader ever notice that? I think those are the questions that people need to ask themselves.”

In a lull at the recent Las Vegas conference of the American Copy Editors Society, Perlman said she has used multiple editions of copy editing software for years.

“They will never replace copy editors,” Perlman said. “Until they can understand nuance, until they can understand irony and humor, and — I want to emphasize this point — they will not replace copy editors.”
Perlman sees these software options as updates to traditional tools such as dictionaries and thesauruses. But like other tools, she said, they should not be wielded thoughtlessly.

“If you are given a hammer and no one’s ever taught you how to drive a nail in, you might get lucky and drive a nail in just where you want,” Perlman said. “But more likely, you’re going to end up bending the nail or hitting yourself.”

At BuzzFeed, three copy editors work shifts covering 16 hours of every day’s content. They are assigned stories to edit and choose others among the most popular and important pieces. That desk is looking to expand in the future. They do not use any copy editing-specific software, Hilton said, and the publication benefits from having the editors around.

“If you can have copy editors, it’s a totally valid choice,” Hilton said. “It makes for a nice safety net.”

How the Media Covered the Baltimore Riots
Journalists covering the Baltimore riots became part of the story. Here’s a look at the wide-ranging media coverage.
Morgan Eichensehr and Daniel Popper
Getting it Right: Fact-Checking in the Digital Age
Newspapers Hunt for New Readers on Instagram
Confessions of a Clickbait Victim
more in Journalism