AMERICAN JOURNALISM REVIEW
alpha
The New York Times on Social Media: Not About the ‘Hyperbole’ 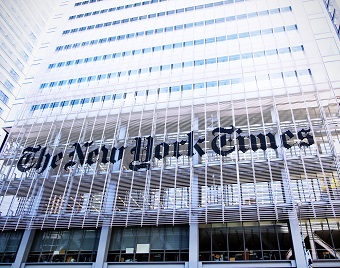 Michael Roston has a clear vision of what makes a good social media editor — and it’s not about driving empty clicks back to a website.

It’s really about knowing how to publish true things on the Internet. To put it simply, a great social media editor needs what every journalist needs: a “strong editorial judgment,” he said.

“That’s what everyone on our team shares: we all have a sense of how not to blow things out of proportion and not to get ahead of journalists and editors,” said Roston, a senior staff editor on the New York Times’ social media desk. “It’s very important to know what we’re actually reporting and when we can’t say more or exaggerate things and get into the kind of hyperbole that you might see on other social media platforms, where they’re just trying to get people to click through to content.

“For us, it’s very important that we focus on delivering what the news actually is.”

Roston and his team are responsible for distributing the Times’ content on its Twitter account, with 15.5 million followers, and its Facebook page, with almost 9.3 million likes. He recently spoke with AJR about the team’s strategy. The following is an edited Q & A.

American Journalism Review: In a January Nieman Lab article, you talked about the Times’ social media desk joining a new department. Explain some of the changes your desk has gone through.

Michael Roston: The social media desk of the Times, for many years, was hosted under the interactive news desk. The idea was that we were the leading technology enterprise in the newsroom, so we needed to work closely with developers and interactive news, who build a lot of the really cool things you might see on the Times website.

The changes made around the Times newsroom indicate that, rather than working hand in hand with the technology providers, it makes more sense if we’re working hand in hand with the people who generate analytics for the newsroom, so we can understand who is coming to us, and who’s reading what kind of stories and when they’re reading them. We’re also working more with the SEO team that’s been built within the newsroom. These teams of people have all been put under one group so we can work together more seamlessly.

We’ve always had a very strong relationship with the people who ran the Facebook page, but we’ve recently just formalized the relationship. So now they work in the newsroom, just like the rest of the social media team.

Roston: We have a team of full time social media editors and a manager we report to. Right now we have about five or six people who alternate shifts. If one person had to monitor everything 24 hours a day, they’d go crazy. We have two people monitoring social media and running our accounts right now.

Because we have to be very careful about what we say on Twitter and what we post on Facebook, people have to have a very specific set of carefully developed skills before they’re able to post something under our accounts.

What kind of training do you need to be a social media editor for the New York Times? 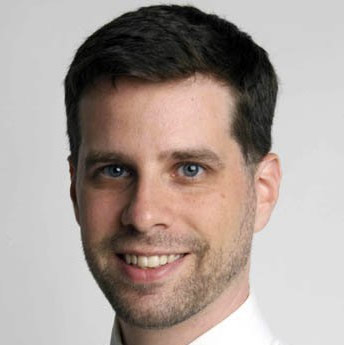 Before I was involved in our social media team, I spent two years as the overnight homepage editor. The homepage is still very important, there are still millions of people who view it every day. Having a very carefully developed sense of what is news, what isn’t news, what we need to push to the forefront very quickly and what we can sort of put on the back burner and say “this isn’t that important, we don’t need to prioritize it” ingrained in me was very important.

You have to have strong editorial judgment, and that’s the sort of thing you develop from experience over time working in a variety of different journalistic settings.

AJR: Do you train Times reporters on how to use social media?

Roston: Sure. There are constantly situations where editors and reporters of all sections and levels of experience will come to us and say that they’re looking for guidance on something.

Sometimes somebody wants to try out Instagram while they’re reporting a story they think will have a strong visual element, so we’ll teach them some best practices for that particular platform. Other times somebody’s getting on Twitter for the first time … so we’ll provide them with guidance and assistance on how to do that.

We also give guidance to editors who run their desk’s Twitter accounts, and we have a set of best practices that we give to them for all of those platforms.

AJR: Do you think the learn-as-you-go approach you have with reporters works better than making social media a mandatory part of the job?

Roston: I can’t speak to what other publications do; every news outlet needs to make their own judgments about what’s best for them.

But, for us, there are a lot of different ways to engage with readers around journalism. Saying you have to do it one way or another would probably preclude our journalists, who are very enterprising people, from finding other enterprising and innovative ways to engage with our readership. That’s one of the reasons we think it’s important for journalists to find the right way on their own, and that we should try to support their effort.

During the Grammy Awards, I was overseeing our social media accounts during the show, and one thing we found on Twitter was a lot of people are just really interested in coming to the New York Times for the basic top-level information. They really just wanted a good rundown of how many awards had been given out and which artists had the most awards at that time. We’ve been posting things like that on Twitter for some time now. We just tried doing some similar posts on Facebook and readers responded very strongly to it. That told us people on Facebook are looking for similar information to what we’re delivering on Twitter.

AJR: How do you present videos on social media?

Roston: I think it’s pretty well established that video is an increasing priority for Facebook, and so it’s good for the Times to think about the best way we can deliver video that we’re already producing to the Facebook audience.

Roston: No. We don’t have sponsored content someone else has paid for. And even when it comes to encouraging people to subscribe … via Facebook, the social media team is minimally involved. We aren’t involved in anything that clashes with our mission of delivering news.

AJR: Is the Times making a concerted effort to increase interactivity on social media?

Roston: I wouldn’t say it’s a concerted effort for more, it’s been a concerted effort for a number of years to help our journalists engage with readers on a variety of different platforms. As far back as 2012, when I started on the social media team, we had AMAs on Reddit and we had a whole series of Google hangouts during the 2012 Olympics with athletes taking questions from our reporters and people who signed on. For the Times, it’s always very important to find ways that readers can ask our journalists questions about the work they’re doing.

AJR: Which social media platform is being underused right now that we should keep an eye on?

Roston: I try not to be too much of a Nostradamus of technologies. There are always different things going on. We’re certainly interested in all sorts of different platforms and finding new ways to connect to readers, and I think the questions always are, “How much effort are you going to invest, and will it payoff enough to make it worthwhile?”

Sometimes it’s good not to be first on some of these things, though, because sometimes they turn out to be nothing.