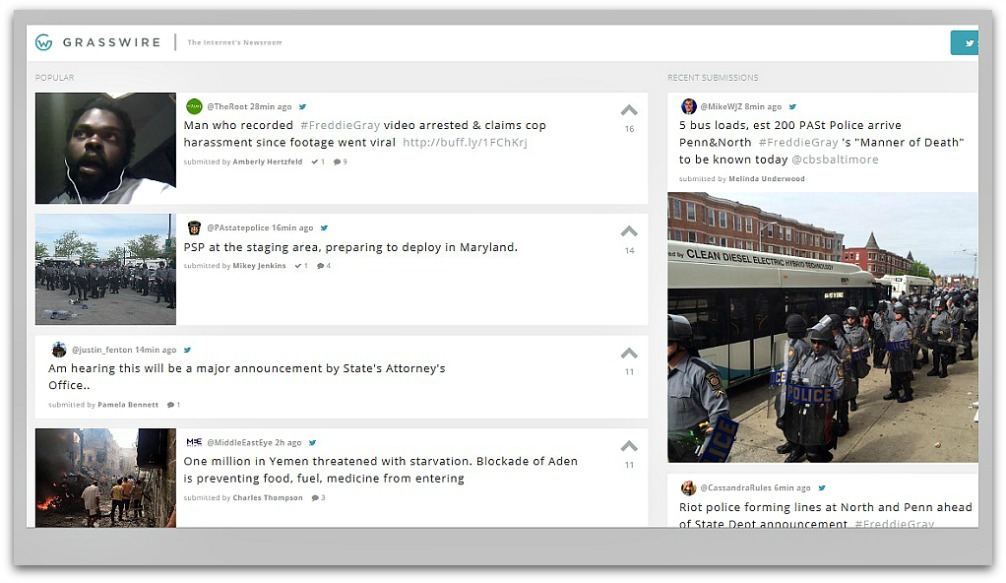 In July of 2011, Austen Allred missed his train out of Shanghai while living abroad in China. Little did he know at the time, but the minor slipup would save his life and provide him with the inspiration to develop Grasswire, a news aggregation service that helps people discover verified first-hand information from Twitter in real time.

The bullet train Allred was supposed to be on collided with another train in the Wenzhou area of China’s Zhejiang province. Of the 1,630 passengers, 40 died, and another 210 were injured. It remains the third deadliest high-speed rail accident in history. And while the devastation was significant, it was the aftermath of the incident that prompted Allred to start thinking about solutions to a fundamental news problem.

It was the first accident of its kind of China, and as a result, the government attempted to censor news coverage by reportedly issuing propaganda directives ordering journalists not to report or elaborate on the causes. 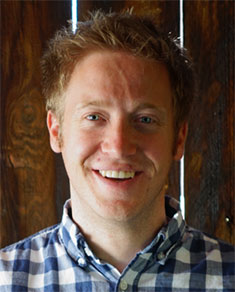 “There was a huge government cover-up because that was sort of China╒s new baby, so to speak, and they were really proud of it,” Allred said. “And I just got really frustrated that I couldn’t hear from any of the people that were actually on the train. I got pretty obsessed with finding first-hand information. We live in a world where everybody is connected instantly, and the idea that that should change how the news works just kept me up at night. So the idea from Grasswire grew out from there.”

Nearly four years later, Allred’s obsession has helped Grasswire develop into an innovative news aggregation website that focuses on breaking news and blends automation with crowdsourcing. The concept started as a simple tool to compile newsworthy tweets from Twitter. It’s since grown into a more complex interface, allowing users to curate selected news tweets by voting and verifying information with a fact-checking system.

Still, Allred has bigger aspirations. In the near future, he plans on moving Grasswire from the “Reddit model” of curated news to the “Wikipedia model” of user-generated content. He wants users to be able to submit their own news content, making Grasswire a crowd-sourced publication to solidify its position as the self-titled newsroom of the Internet.

The concepts Allred is exploring have intrigued the news industry, which is hungry for ways to sort truth from fiction in the deluge of posts on social media.

“Any time you can build community by having people under one tent, talking to each other and making group evaluations, there’s some promise there,” said Jim Brady, a digital news veteran who is building his own news startup in Philadelphia.

Michelle Hassler, a journalism professor at the University of Nebraska, said Grasswire’s verification system is promising and contains “fascinating” ideas, though they may be challenging to implement.

Allred has been working on these challenges since the beginning, when he started Grasswire with a basic tool and quasi-algorithm which would pull information off Twitter that matched a certain keyword and remove the “bad stuff.”

That algorithm has developed in the years since to become more intricate and layered, Allred said, but the intent has remained the same. “There’s a look and feel to a good news tweet, right? It differentiates from reaction tweets, usually, and from people talking about the subject,” he said. “And so we do our best to identify that kind of [tweet] and pull it all out into a live stream. It’s not perfect.”

After the accident, Allred moved back to the United States from China and began studying journalism at Brigham Young University. Though he dropped out a couple semesters later, during this time Allred developed the first version of Grasswire in his dorm room.

At the start, Allred toiled on the product for a couple hours a week, inspired by the social-media-driven Arab Spring revolutions in the Middle East.╩One catastrophic event changed that perception, though.

On April 15, 2013, two homemade bombs went off at Boston Marathon, killing three people and injuring 264 others. Allred was walking home when a friend gave him the news and suggested, “Look, I know that Grasswire isn’t ready yet, but you should just throw it out there,” Allred recalls.

“It definitely wasn’t [ready],”he said. “We hadn’t planned on it being public, but it was just a tool that we needed.”

Allred and his roommate, Garrett Thornburg, pushed the preliminary version live within a couple of hours. In the next two days, while police and the FBI went on an epic manhunt and engaged in a fierce firefight with the suspects, 17,000 people used Grasswire. The site was posted on Hacker News and Reddit. They received emails from users praising Grasswire’s practicality.

“CNN was a mile away from where everything was happening. They were cordoned off by police and saying, ‘Oh, we could see a police car just drove by.’ And like that’s all they [could] do,” Allred said.  “Meanwhile, everyday people were taking pictures of bullet holes in their houses,–and there were people on the street where the press couldn’t get to who had a lot more information.”

There was one problem, though. Allred and his servers weren’t prepared for╩the hundreds of the users suddenly arriving at the site via posts on Reddit and other forums.

“We had to message the people of Reddit and say ‘Hey, don’t publish our link, because if you do, it’ll just go down,'” Allred said. “It was literally a matter of: how much traffic can we handle?”

After that experience with the Boston Marathon bombings, Grasswire as it currently stands began to take shape. Using the size of his following, Allred instituted a fact-checking and verification system, where users themselves can qualify something as accurate or inaccurate while simultaneously up-voting posts that include the most pertinent information.

The users’ activity has allowed Grasswire to stay small. Allred is one of four employees, including co-founder Levi Notik, whom Allred met on Twitter and Reddit after Thornburg returned to school.

“The community that’s behind Grasswire is really good at self-policing,” he said. “So that’s worked out.”

While Grasswire’s goals are commended by news experts, Hassler said it’s tough to avoid concerns with the sustainability of such a model.

“Can it get traction? Because without a fairly large, robust crowd, it might not be as helpful,” Hassler said. “And then can it get and sustain a really dependable crowd? Because the crowd works great when everyone╒s motivations are pure, but I╒m sure there could still be people who unintentionally or intentionally refute something trying to mislead people.”

Thats why before transitioning Grasswire from a news aggregator to a crowd-source publication, Allred wants to firmly establish his user base and develop the quantity and quality necessary for success. Allred said Grasswire currently sustains about about 2,000 users each day.

“We’re making sure we get the community in place that is going to verify and fact-check and curate everything and then slowly grow it from there,” Allred said. “It feels like we have this fire hose that we should turn on whenever we want, and we’re just trying to slowly bring in a trickle at a time to make sure we can control it.”

When the organization decides to make that jump, Allred said he believes there’s no stopping its development.

“Here’s the best news publication about what’s happening in the world that you can consume in 30 seconds on any device and know exactly what happens during the day,” Allred said of his future plans. “And we’re going to let everybody and anybody contribute in producing that.”