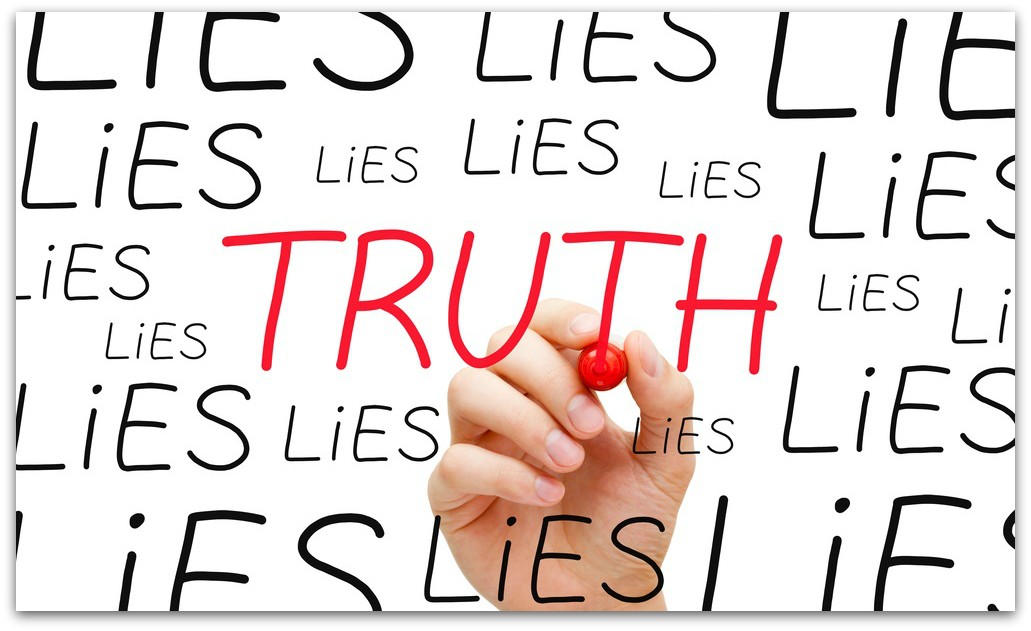 Thought “selfie shoes” were a real thing? Well, you’re not alone because so did USA Today Life. A day before April Fools’ day this week, the publication ran a short story about how the innovative selfie shoe is the next big thing after the selfie stick. 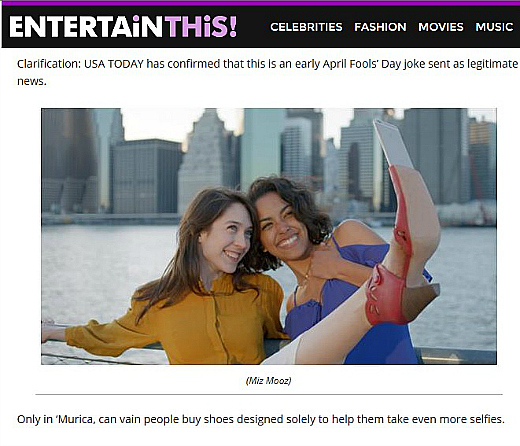 USA Today ran this clarification on its “selfie shoes’ story.

USA Today Life took a hit on this one because, as it turns out, the selfie shoe concept was an early April Fools’ prank submitted to the publication as legitimate news.

For example, The Washington Post jumped on a rumor that Alaska’s most famous former governor, Sarah Palin, was getting a talk show; Fox News ran a video that purported to show a heroic pig saving a goat; and a couple of British news organizations fell for a story about a woman with a third breast.

These days, many news organizations feel incredible pressure to do more work – and faster, American University journalism professor Jane Hall says, leading some to follow and post fake stories that proliferate on the Internet and get amplified by social media.

There are safeguards to protect journalists and media outlets from disseminating unverified rumors. At the top of Steve Buttry’s list of how to avoid spreading rumors and fake content is “don’t publish rumors until you have checked them out.”

Hall agreed, saying that when dealing with potential rumors from other news organizations, reporters have a responsibility to double-check the information with the original source.

“If you’re going to attribute something, ideally you should go and find out independently if it’s true,” Hall said.

Satirical websites like The Onion and the Daily Currant add to the confusion by deliberately posting and sharing satirical “news” stories. Both websites, however, clearly state that the content they publish is “satirical.” The only problem? They and their many imitators have grown so accomplished at pretending to be reputable sources of news that even real news sources fall for their tomfoolery.

American Journalism Review has compiled a list of some of the biggest and funniest fake news stories run by legitimate publications. These are real fake-out jobs. No foolin’: 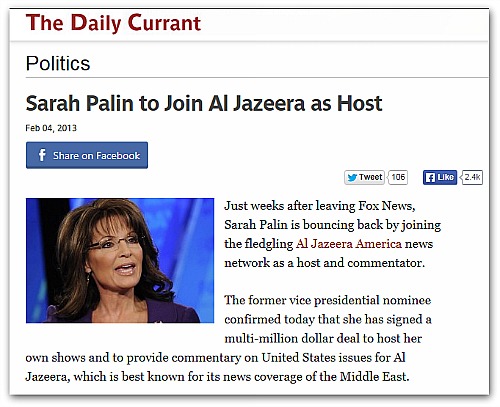 The Washington Post had to issue a correction when a reporter used information from a Daily Currant article that reported Sarah Palin was joining the Al Jazeera America network as a host and contributor.

Barack: ‘I Sing in the Shower’ Obama

The New York Times also had to issue a correction when the paper printed an image produced by The Onion. The image was a fake cover of Tiger Beat magazine that included a photograph of President Barack Obama. 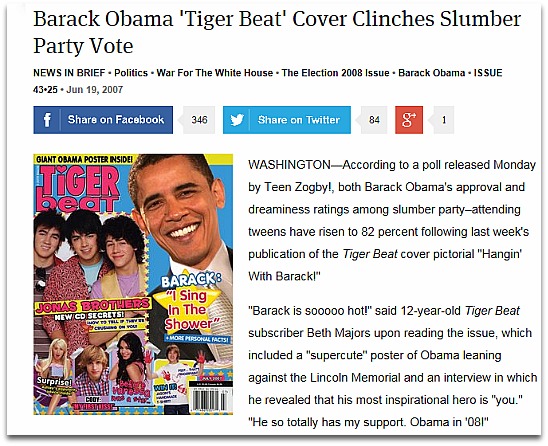 Other stories seem just too incredible for news organizations to ignore. Or as Hall would say, they are “too good to check.”

An example is the story of a supposedly three-breasted woman, Jasmine Tridevil. Snopes got to the bottom of it, concluding that the story was a hoax, but not before some news organizations published it as if it were true.

The Telegraph ran an article describing why Tridevil got her third breast. The very next day, The Telegraph printed another piece detailing why the story was probably false. 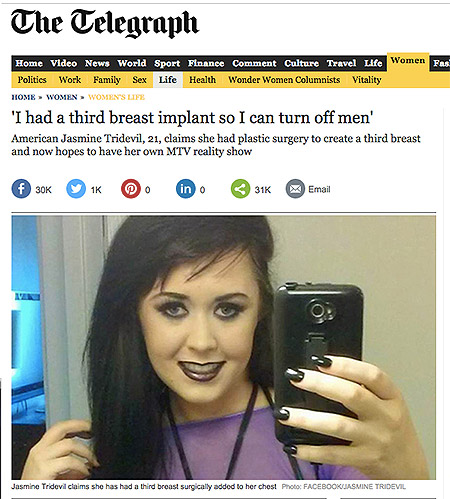 The Daily Mail posted a video of Tridevil flaunting her purported third breast. The video accompanied a story about how Tridevil insisted her third breast was not a hoax.

The Internet and social media reinforce the spread of fake news, as was the case with a 2012 video of a pig rescuing a drowning baby goat that went viral  and got picked up by many news outlets.

Fox News ran the heroic pig video and  even showed text saying “it really happened!” in conjunction with the video. The TV network had plenty of company; all kinds of news websites and TV stations highlighted the story, and some embedded the video.

“Good Morning America” also ran the heroic story as its Play of the Day. Upon further inspection, the New York Times confirmed the video was staged for a Comedy Central series; so don’t get the pig a medal of honor just yet.

The original hoax video has drawn more than 9 million views on YouTube:

A photo of a purported pumpkin spice condom took over Twitter in early September 2014.

The image quickly spread, and even Cosmopolitan picked it up. Cosmo’s playful story said “Durex may be making a pumpkin spice condom” and attributed the information to another news organization. Cosmopolitan and other news sources did note that Durex, the company supposedly making the flavored condoms, was declining to confirm or deny the credibility of the photo.

Eventually, though, the company tweeted that it was not making pumpkin spice condoms.

We’ve heard talk that we launched a Pumpkin Spice condom. We can’t claim this one, but we do love it when people spice it up in the bedroom.

Newsrooms Grapple With How to Avoid Twitter Bloopers
While newsrooms often require reporters to use Twitter to interact with readers, they continue to grapple with how extensively to train their staff on social media...
Katie Takacs
Meet Vice News’s Jason Leopold, the ‘FOIA Terrorist’
Internet Freedom Declines Globally, Report Says
Off the Record, But Online