AMERICAN JOURNALISM REVIEW
alpha
Off the Record, But Online 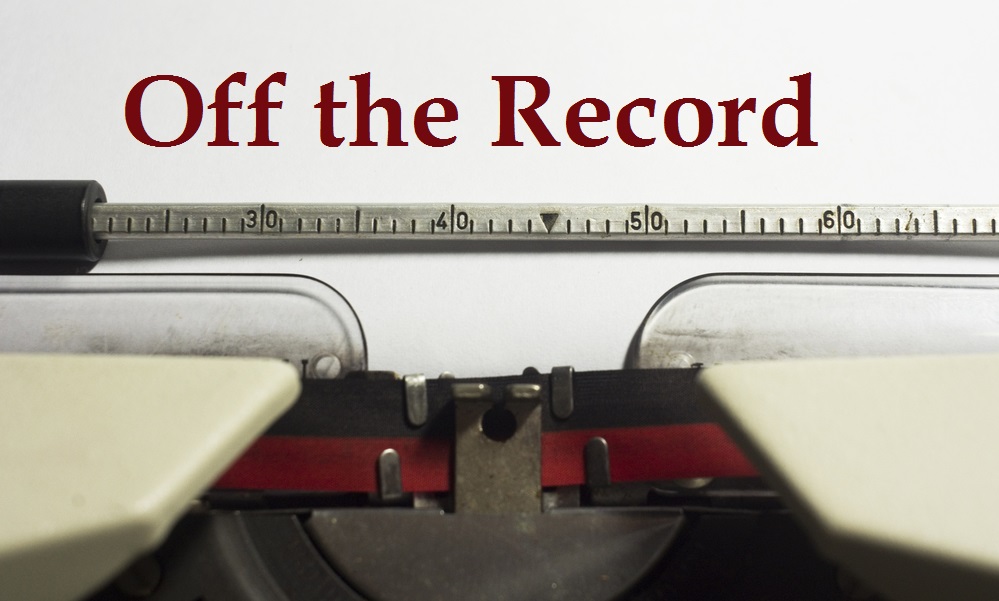 As Uber Senior Vice President Emil Michael recently found out, like a squeezed jelly donut or gummy bears left out in the sun, off the record interactions between journalists and sources can get sticky.

This, in part, stems from the fact that there are no set definitions for what off the record really means. As Mashable points out, “off the record” is “culturally binding, not legally binding. There is no official journalistic body that enforces the concept, or even defines it.”

This was aptly demonstrated by the interactions between Michael and a group of journalists at a dinner that Michael presumed to be off the record.

Michael made comments about the rent-a-taxi service Uber digging up dirt on the private life and families of critics of his company, including a journalist.

Unfortunately for Michael, BuzzFeed Editor-in-Chief Ben Smith was in attendance, (columnist Michael Wolff invited him) and nobody told Smith anything about the dinner being off the record. So, Smith reported on the incident and brought a truckload of trouble upon Michael.

It’s understandable that Michael may have been confused about the conditions of “off the record,” because even journalists can’t agree on what it exactly means.

Roy Greenslade, professor of journalism at City University London, writes in The Guardian that “it simply means [the information] is reportable as long as the source is not identified.”

According to the Associated Press’ news values and principles, however, off the record interactions mean the information is not to be published whatsoever. Mashable agrees.

NPR says the decision to report off the record information can only be determined through consultation with an editor.

The moral of the story?

Some Twitter users think Michael should have known better.

Simon Neville, a writer for the Evening Standard, raised questions on how an executive could view a talk to a room of strangers as being “off the record.”

Most bizarre thing on Uber story is how can an exec think talking to room full of strangers can be "off the record"? http://t.co/GXt7Vs2J7r

Arun Kumar, a journalist and editor at Dataquest, has this very simple rule for off the record interactions: “If it is not mentioned that it is off the record, then it is on the record.”

The Associated Press states that all off the record conditions should be brokered before the interview has begun. Mashable stresses that off the record has to be an agreement as well; a PR executive or speaker simply can’t declare something “off the record.”

Kumar said that because Michael was in public, he should have been cautious.

“The person speaking should make it very clear that that bit of information they are saying is off the record,” said Kumar. “It was a public forum, he should have been more careful.”

That a source must let a reporter know when something is off the record is “journalism 101,” said Ashley McCollum, vice president of business development and communications for BuzzFeed.

“The question is do you have to be notified when something is off the record,” said McCollum, “and the answer anyone in the industry will give you is ‘of course.’”

Sonny Albarado, projects editor at the Arkansas Democrat-Gazette and 96th president of the Society of Professional Journalists, said he thinks that the circumstances surrounding Smith and Michael’s interactions “illuminate many of the things wrong with tech reporting.”

“The dinner party seems like the incestuous gathering of ‘brand’ journalists, insider celebrities, PR wranglers and arrogant technocrats that validate the average consumer’s raging distrust of the media, especially business and tech journalism,” said Albarado in an email correspondence.

In addition, in his USA Today article, Wolff claims he had been to hundreds of off the record events over the years, and he assumed that Smith knew the context. He continues, saying that Smith “likely didn’t want to know” anything about the dinner being off the record.

Wolff also clarifies that Michael’s comments weren’t to the entire dinner party, but to Smith himself; Wolff claims most guests were “far out of earshot.”

This isn’t an isolated instance. A couple examples of recent off the record interactions that are stirring controversy:

Dick Costolo, CEO of Twitter, gave an off the record speech at the University of Michigan Ross School of Business recently. “This was beyond disturbing, as shareholders had every right to know what was going to be said in this particular event,” said Forbes contributor Kai Petainen in a Forbes article.

Darren Wilson, the Ferguson police officer who allegedly shot and killed teenager Michael Brown, has been holding off the record meetings with anchors from many high profile news networks to decide which news station he wants to give his first official interview to. (He ultimately gave the interview to ABC News’ George Stephanopolous.)  In addition to what was discussed, the actual meetings themselves were supposedly off the record, as if they didn’t happen. Erik Wemple, for an article in The Washington Post, had this to say:

“When ‘off the record’ is used to protect not only what’s said in a particular meeting, but also the meeting itself, it becomes a tool not so much for journalists but for the sources seeking to own them.”

How many of you out there understand "off the record" to mean you can't even acknowledge the existence of a given meeting?

But when, if ever, should journalists agree to off the record interactions? Very rarely, said Fred Brown, former editor of the Denver Post, who teaches communication ethics at the University of Denver.

“I have very rarely, in 50 years of journalism, agreed to an off the record comment,” said Brown. “I don’t think it’s ethical for a journalist to not say where the information came from. It’s part of the environment of the story.”

Brown said the only way he’s used off the record remarks are as tips.

“If I was going to state something as a fact, I have to have somebody say it on the record,” said Brown. “That’s my basic philosophy.”

“It’s always a mistake to make comments to a large group that you say are off the record, unless you know that everybody in that group has agreed to that,” said Brown. “I don’t think the BuzzFeed reporter violated anything because he wasn’t privy to the agreement.”

All parties should be careful when dealing with off the record interactions.

“Just as I think reporters should be very cautious about agreeing to anything being off the record,” continued Brown, “I think that people that are saying anything they want to be off the record ought to be sure that they know who they are talking to and that everyone has agreed to the circumstances.”

And even if something is off the record, it doesn’t give you permission to be a bad person.

Matt Pearce, a reporter for the Los Angeles Times, and Brendan James, a writer at Talking Points Memo, poke fun at the situation.

@mattdpearce MATT [blood dripping from mouth, holding an innocent’s heart in hands] wait this isn’t off the record

Vice, and the Trend of First-Person Journalism
x
>

Rumors, Lies and the Internet: 7 Questions for Craig Silverman
x

next story
Rumors, Lies and the Internet: 7 Questions for Craig Silverman
x