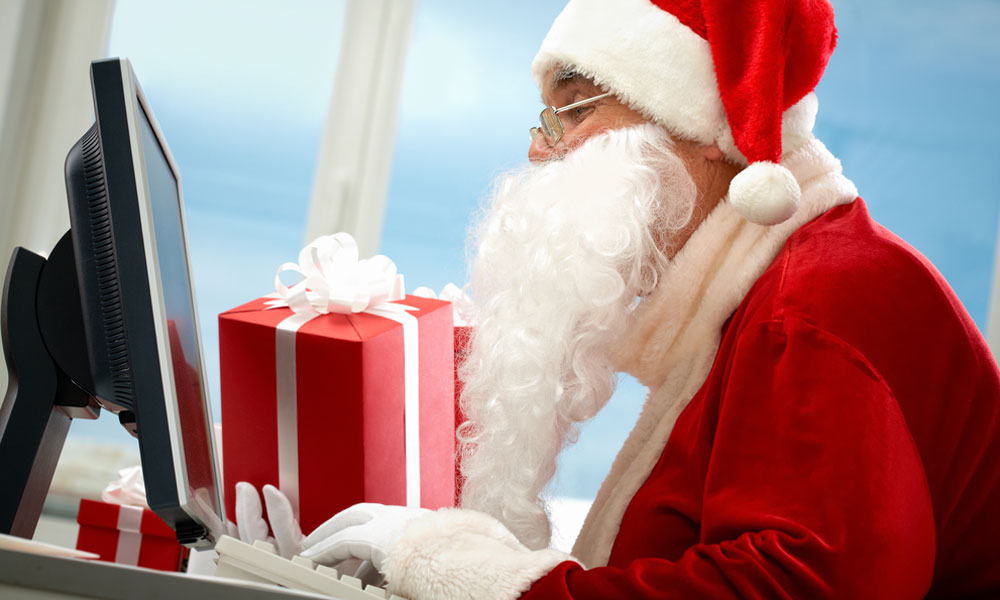 What do journalists want for the holidays, more than perhaps some time off, a nap or a new phone? Editors and reporters at American Journalism Review scoured the web with ourselves in mind to find out.

Below are some of our recommendations for great gifts for journalists in 2014. Don’t worry if you are little late putting in your orders for these; we’ve all missed a deadline or two.

1) “Luminous” tie with a typewriter on it

There is some holy connection between journalists and typewriters, as some still long for the clack-clack of the ancient machines to fuel some decent prose. The typewriter tie, spotted on Etsy.com, is made of “luminous” fabric patterned with the classic Underwood typewriter. $56 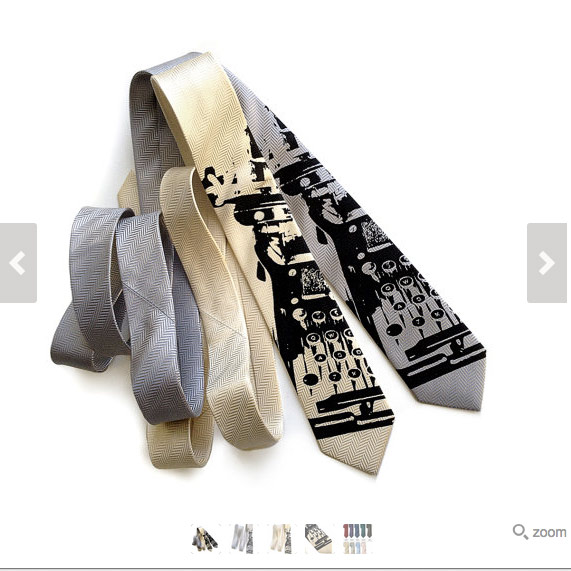 This gadget turns your lattes and other coffee beverages into foam sculptures of bears, cats and/or any other animal, that, if photographed and slapped into a listicle, would go viral on BuzzFeed.  The 3D Latte Art Maker Awa Taccino uses milk to create floating sculptures. $53. 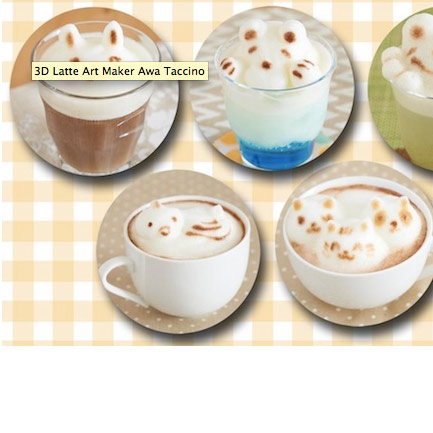 Everybody likes dinner served on a plate with a surprise on the bottom. These Newseum dessert plates offer the best kind of surprise: A grammar lesson. The plates offer polite explanations on the differences between its and it’s, fewer and less and good and well. Perfect for any dinner guest who loves to eat cake and learn. $16.99. 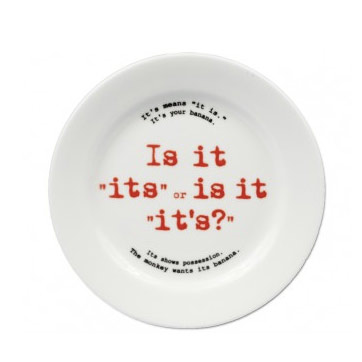 Is the journalist in your life basically living in her car as she zooms from assignment to assignment? Are there fast food wrappers in the back seat, crumbled up next to a pair of winter boots and a used up reporter’s notebook? Then this journalist might enjoy a subscription to audible.com, which will give her access to one audio book per month, plus 30 percent off additional books. Perfect to listen to on the wide open road. $14.95 per month 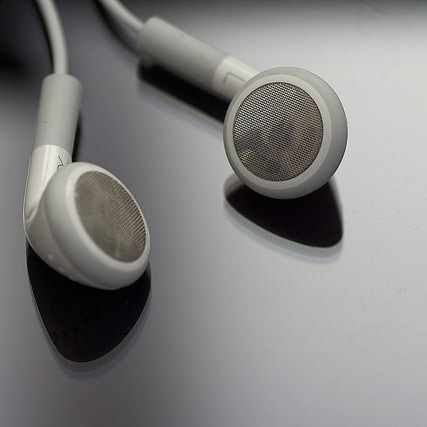 This Zazzle.com mug is great for the co-worker who hasn’t grown up yet and can take a funny joke. Or the boss who likes a little passive-aggressive ribbing. Or the child of a friend who incessantly asks “why” and demands real information for answers. $16.95 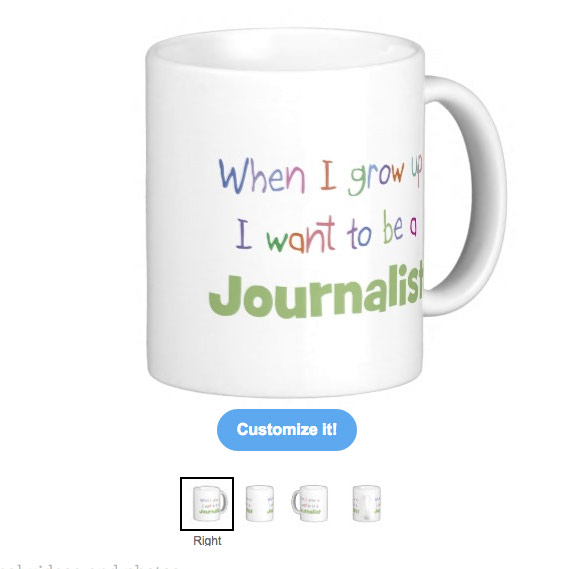 6) A picture of a cat on a newspaper

Everyone knows that newspapers are great cuddle material for cats and Etsy artist CatLady30 caught this perfectly in her calico cat watercolor print. $20 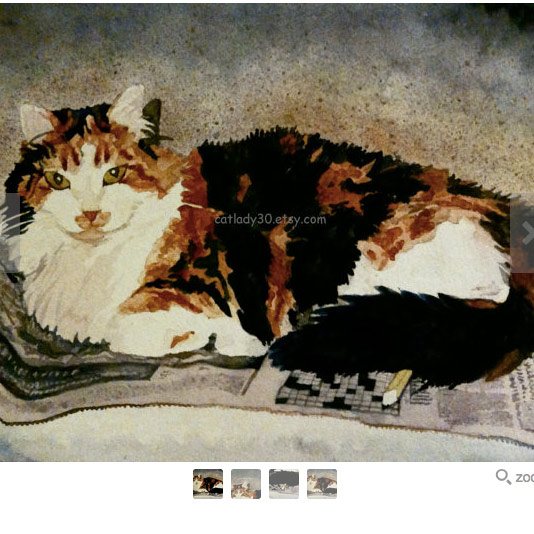 This is for the journalist you deeply love and the one who is willing to wait until the expected early 2015 release of the Apple Watch. For now, we suggest writing an IOU, folding it up nicely and placing it in a box wrapped in newspaper. Price TBD. 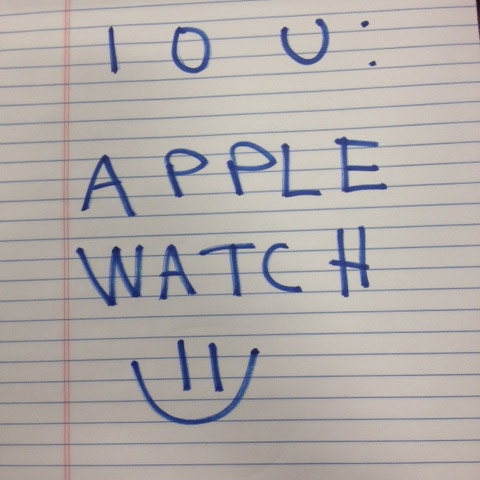 8) Classy organizer for the classy reporter

It’s easy to imagine how the reluctant interview subject would open right up after seeing an inquiring reporter slide a notebook out of this sleek leatherback writer. The  Ground’s Leatherback Writer 2 holds a device, wallet, pen and notebook and closes with a snap, ensuring nothing ever gets lost in a reporter’s satchel when breaking news hits. The buttery leather organizer costs $75. 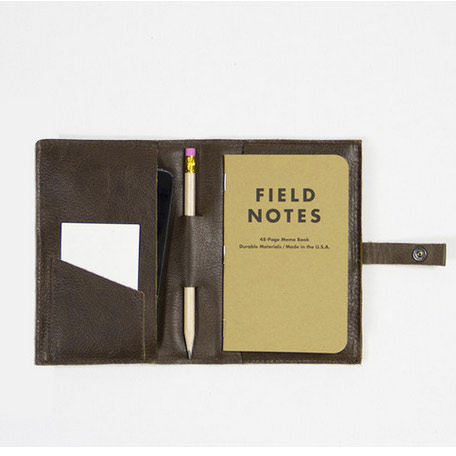 Here’s one fact about journalism’s history that remains crucially important: Superman was also a reporter. This Superman lunchbox on Ebay is a little weathered around the edges (who isn’t these days?) and shows a strong and determined superhero standing sturdy as bad guys blast fire at him. Sort of like the stalwart editor or reporter eager to remind everyone about these things called “ethics,” “fairness,” “objectivity” and “transparency.”(Note: If the lunchbox has been sold, type in “Superman Lunchbox” in the Ebay searchbar for a variety of options.) $29.99 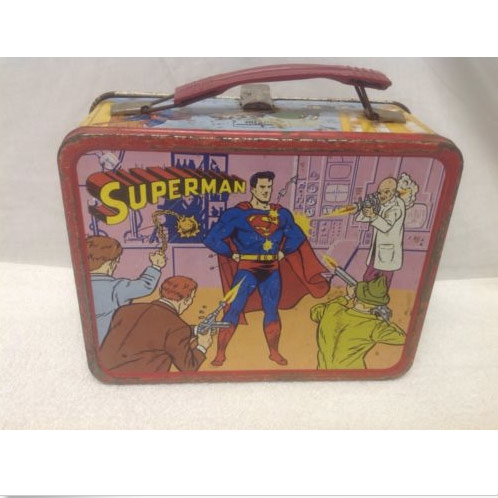 So this could totally happen: A source has a confidential document that reveals all sorts of government malfeasance. The source meets a reporter in a coffee shop to go over the contents of the document. When the reporter asks for a copy of the document, the source says, “Sorry, it’s my only copy.” “Not a problem!” says the intrepid reporter, who conveniently has a portable smart scanner in his laptop bag. This handy device can read and store documents in 10 seconds or less and saves them to a memory card. Boom. Scoop acquired. $99.99 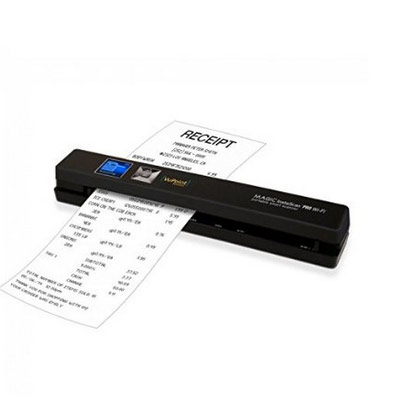 Every journalist should carry a bag that also has the ability to charge electronic gadgets. This Aspinal of London’s Marylebone Tech bag performs that miracle and also looks fancy (it offers two “complimentary” embossed initials!) On second thought, perhaps you should save up and buy this one for yourself. The bag comes in nine colors and contains two concealed external pockets and padded iPad and smartphone compartments with cable paths. It can charge up to two tech items at a time. Starts at $1,650 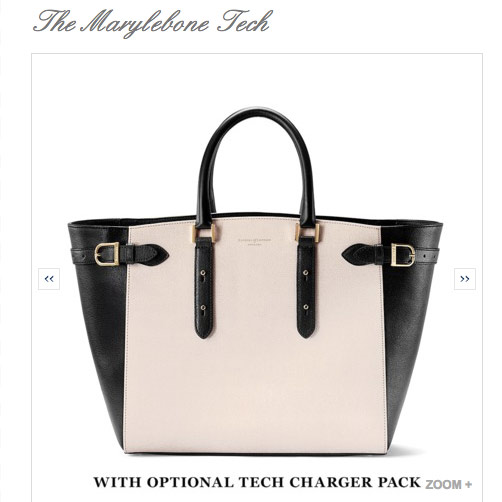