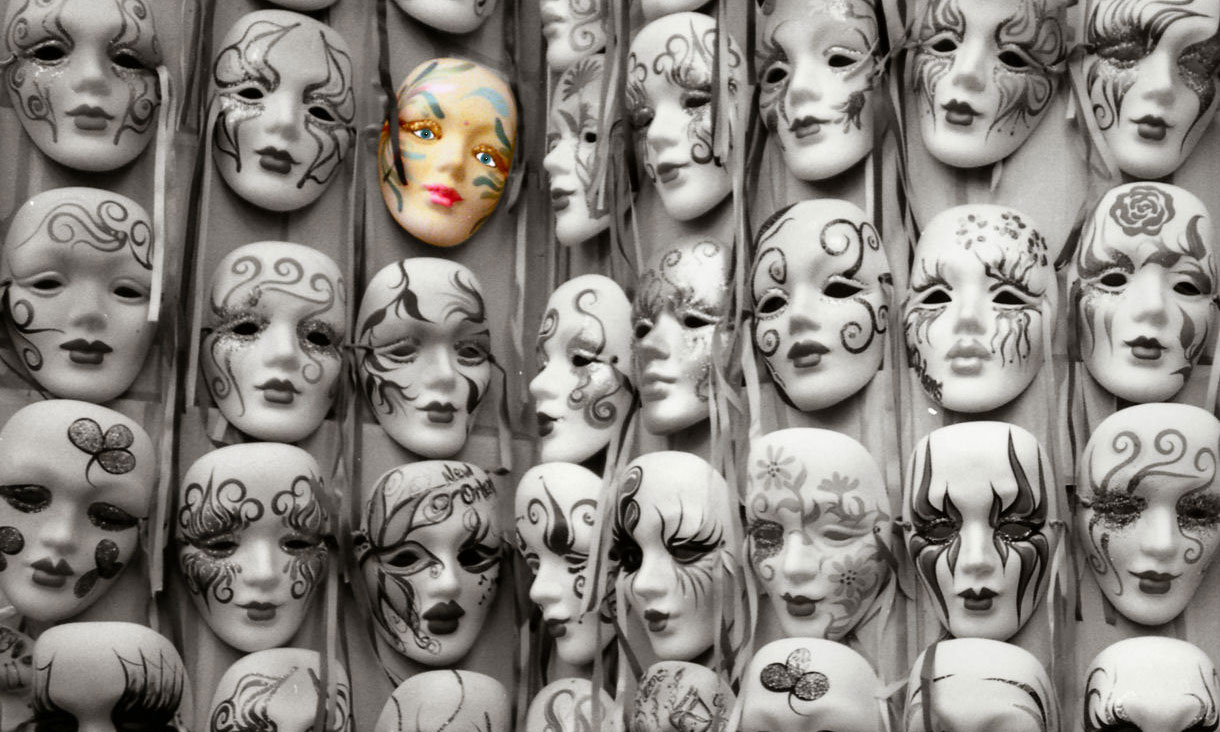 Credit: Brian Snelson via Creative Commons license on Flickr
The rising popularity of anonymous confessional apps has some journalists turning to them in search of news.
Josh Logue

Visit Whisper.sh or open the app on a phone and be prepared to be bombarded with a stream of angst, melancholy and flat out weirdness.

The site encourages anonymous postings of inner thoughts and secrets. They often read like snippets of private phone conversations or someone’s journal. 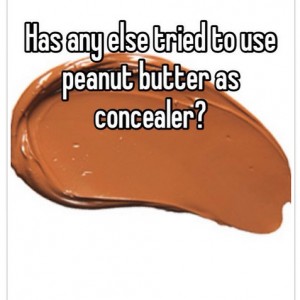 “I use a picture of the cousin I hate as a motivation to work out because I want to be better than her.”

“I steal random things when I’m drunk. I have a road cone and a mouth guard for no reason.”

Whisper, which launched in 2012, is among the new apps on the forefront of the anonymous secret-sharing trend on the Internet, which includes similar sites such as Yik Yak and Secret.

Increasingly, editors and reporters are mining Whisper and similar sites for news tips. They use the posts to break stories, often by contacting posters directly via e-mail or Whisper’s private chat function, and asking for documents or on-the-record interviews. Others say they use the apps to test community reaction to a topic, or, in some cases, anonymously quote sources with inside knowledge of a touchy situation — such as a company buyout.

Whisper in particular is aggressively pushing its content to reporters as potential sources for news stories. It’s a new practice, and one that is not embraced by all the other apps. Secret, for example, steers clear of pushing its anonymously posted content to journalists.

At least one ethics expert offers some words of caution to reporters using secret-sharing apps to gather news.

“I actually think that’s a legitimate way to get story ideas,” said Kelly McBride, vice president of academic programs at Poynter. “You just need to recognize that nothing on there is an accurate reflection of reality.”

Reporters need to be particularly cautious in drawing conclusions from what they see posted on the apps, and should use traditional methods of verification and reporting when translating the content into news, she said.

Whisper hired former Gawker employee Neetzan Zimmerman in January as editor-in-chief of a 3-person team that curates from the approximately 30 Whispers posted per second to create the posts published on the Whisper website, a mix of the lighthearted and the serious.

The news unit at Whisper also works with organizations like BuzzFeed, The Huffington Post and Fusion to develop leads and sources for news articles, according to Zimmerman.

“Whisper is a goldmine for news,” Zimmerman said.  “It’s a next level news gathering tool because you can reach out to anyone in the world and talk to them about any subject with complete anonymity.”

Whisper uses various strategies to push its content to journalists.

In some cases, Whisper staffers search for posts related to an unfolding or trending news story. Editorial staff members at Whisper look for individual posts that could turn into stories in their own right — which they pass on as tips for journalists.

They also can search Whispers by location. Then, they undergo a verification process, and work to determine whether the anonymous user is posting from the location where he or she is claiming to be located, Zimmerman said.

When editors locate someone potentially newsworthy, they send them a private message to determine whether the user consents to being passed off to a journalist to be interviewed.

In some cases, Zimmerman himself will pursue a story and submit it directly to a news website.

For example, after a gunman killed four people at Fort Hood in April, and injured 16 more, Zimmerman used Whisper’s search function to find posts about PTSD at different military bases around the country. He found that Fort Hood had the most PTSD-related posts, despite being the third largest base in the United States. The post appeared on BuzzFeed under Zimmerman’s byline of “BuzzFeed contributor.”

Zimmerman also interviewed some of the users posting about PTSD, but didn’t use their real names.

In his BuzzFeed post, he highlighted the benefits of his company, and how it facilitates anonymous conversations.

“Anonymous apps like Whisper help vets by offering them a safe environment to open up and share their feelings with those who are similarly burdened, said the vets who spoke with BuzzFeed,” Zimmerman wrote.

Not all anonymous, secret-sharing apps are aggressively pushing content to journalists.

“We’re absolutely not looking at partnering with any sort of media company to be a platform for the content our users create,” Secret co-founder David Byttow told Nieman Journalism Lab in April. “We’re much more about facilitating the conversation — not so much the secret itself, but what comes out of it.”

Yik Yak doesn’t work directly with journalists, but it will use its “Peek” feature to highlight posts about certain events, like college football games, inside the app, co-founder Tyler Droll said in an email. And they expect to focus on different, more broad news events as the app attracts more users, he said.

McBride said reporters have to be particularly careful to verify information like they would for any other story when digging through these confessional apps.

That includes tracking people down “in other venues,” meeting them in person and using verifying documents and evidence to confirm their stories, she said.

New York Magazine writer Kevin Roose keyed in on a Secret post in April that he thought could be newsworthy.

A woman had posted to Secret that she felt betrayed after Google bought her startup company and hired the four other male co-founders, but not her. 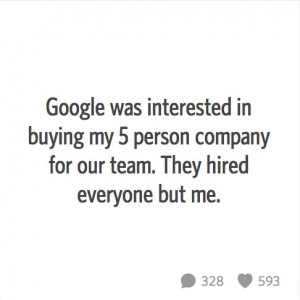 Reporter Kevin Roose turned this post on Secret into a story for New York Magazine.

Roose sent an email to an anonymous address the woman left in the comments. She called back, but didn’t want her name on the record.

“The important things for me to run the story was she worked there, that the company was actually purchased by Google, and that there were a number of her co-workers hired as a result of the sale,” Roose said.

After learning her name and the name of her company, Roose said he tracked down the official website and some news articles that confirmed all those details.

“I really suspect people put stuff up on those sites just to get a lot of attention,” she said.

Nishat Kurwa, the director of digital strategy at Youth Radio, said for an article about protests over tech company shuttle buses in San Francisco, for example, she looked at Secret, but didn’t end up using any specific post or comment.

Instead, Secret allowed her to get a general sense that people in the tech industry were curious about who exactly the protesters were, and that the protestors themselves felt members of the media were ignoring their side of the story.

“It allowed me to be a voyeur in a way,” she said. “People presumably felt fairly free to say what they thought about these protests.”

The article itself, though, ultimately relied on traditional reporting and interviews, as opposed to content from Secret.

THE POTENTIAL FOR BREAKING NEWS

Zimmerman said he believes that the real untapped potential for Whisper lies in its ability to help reporters break news.

Maheshwari’s path to the story began after someone began posting details about the ouster on Whisper.

The news team at Whisper contacted the person via the app’s private chat function and put the source in touch with Maheshwari. The reporter then asked the user for a concrete document to base her story on and came away with the letter.

“You still have to corroborate information, give people the chance to respond, and everything else you’d normally do with anonymous sourcing,” Maheshwari wrote in an email. “If you’re desperate for information on a topic and [are] having trouble talking to people about it, Whisper and Secret are useful places to look.”

What Journalists Worry About in the Middle of the Night
x
>

The Good, the Bad, the Ugly of Using FOIA
x

next story
The Good, the Bad, the Ugly of Using FOIA
x