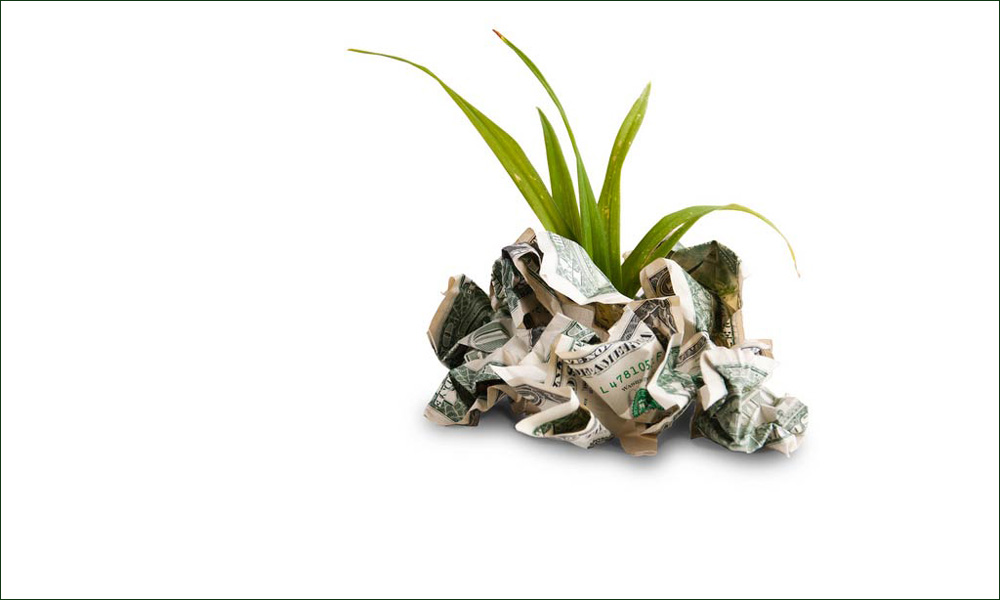 Editor’s Note: This is the fourth post in a series examining the influence of analytics on how news is produced.

Trying to break into the news business?

Perhaps you should master writing a viral story first.

At least that’s what some writers are tasked with at Gawker Media, which recently introduced a program that pays new writers based on the number of unique visitors they bring to the site each month.

The program, called “Recruits,” pays participants $5 per 1,000 unique monthly visitors — up to $6,000 maximum per month. If recruits meet certain targets after three months, they’ll be given an offer to stay with the company on a long-term basis.

Gawker Media introduced the program as publications grapple with how to involve their writers in building up their audiences. Though compensating writers based on traffic is not a new concept, it raises questions about the impact of analytics on the quality of journalism.

Some experts ask:  If writers are compensated based on how many readers they attract, does that affect their motivation and perhaps even compromise their ability to produce important journalism that might not be popular?

“The ultimate problem — and this goes back to journalism 100 years ago — is that when your motivation is … [about attracting] more and more readers constantly … [for each story], it fundamentally changes the content you produce,” said media critic Ryan Holiday.

Related story: “Why The Verge Declines to Share Detailed Analytics With Reporters”

Gawker Media Editorial Director Joel Johnson said the program is designed to motivate writers to produce their very “best work,” while keeping them at what he characterized as a “step between [an] unpaid and full-time employee.”

“If they choose to use our platform, they can actually make real money,” he said.

Gawker Media isn’t taking “unsolicited applications” for the program and usually draws its recruits from the ranks of contributors on Kinja, its commenting platform that anyone can use, according to Johnson. (There are seven active recruits so far, with several more starting soon, Johnson wrote in an email.)

Jalopnik.com, Gawker Media’s car blog, was the first to take on recruits, Johnson wrote in an email. Some of the most popular stories include a piece about the history of the stealth bomber and a post explaining why an old Ferrari is a smarter purchase than a new Porsche.

Tyler Rogoway, a military aviation blogger who wrote the stealth bomber piece, has been posting as part of the Recruits program for about a month. He said the best part of the experience has been the insight he’s received from both editors and commenters, which has helped him improve his work.

“I can think my work is so fantastic and awesome and everyone should love it,” he said. “But if it’s not getting traffic or it doesn’t have entertainment value, it doesn’t matter what I think.”

By hiring Rogoway and the other recruits, Gawker expands its coverage to more niches it might not have otherwise reached, according to Johnson. 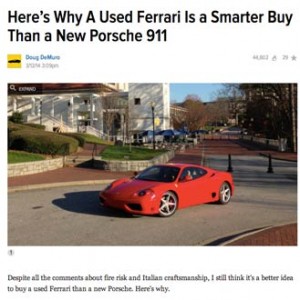 The pay-by-traffic approach hasn’t swept the news industry; many media outlets don’t tie compensation to visitors. The Verge, for example, doesn’t even share detailed metrics with its reporters, let alone pay their writers based on how many pageviews their articles generate.

Yet Gawker Media has a history of experimenting with different ways to compensate its writers, including pay per pageview and bonuses for any pageviews received above set quotas, according to Upstart Business Journal and Nieman Journalism Lab.

In 2012, former Gawker editor-in-chief A.J. Daulerio conducted a two week-long experiment in which a different staff writer would focus on “traffic whoring” — posting content simply to attract pageviews — leaving the others free to work on more “substantive” projects, according to post from Daulerio.

A Nieman Lab analysis concluded that the “pageview-duty” posts (example: Little Girl Slaps Mom with Piece of Pizza, Saves Life) received 703,476 new visitors in a week. That’s two-and-a-half times more than the “off-duty” posts, which pulled in only 289,996 new visitors.

This strategy has “been incorporated into the company as one of many potential strategies,” but isn’t “inherent” at every single Gawker property, according to Johnson.

Salon political writer Brian Beutler said it’s difficult to predict how paying writers based on the traffic they generate will work.

“If you’re going to have a carrot-and-stick situation for traffic with writers, it can work and it can foster good quality journalism,” Beutler said. “It doesn’t have to come at the expense of substance if the culture of the institution places an equal weight on good work and high traffic — but that’s a really hard balance to find.”

This strategy is not new, even outside the Gawker network. Some sites experimented with the method when the Internet was first becoming a priority for media outlets.

One story comes to the mind of Lucas Graves, co-author of “The Story So Far: What We Know About the Business of Digital Journalism.” Graves said he had a friend who was an editor for an online banking portal in Brazil in 2001. Writers were given rewards for higher traffic numbers.

Yet one writer’s articles had suspiciously predictable spikes in traffic — he was clicking on his stories over and over, said Graves, who is also an assistant professor in the School of Journalism and Mass Communication at the University of Wisconsin-Madison.

While it’s hard to say how prevalent pay-per-visitor compensation systems are at journalism sites today, Gawker is not the only news outlet experimenting with the idea.

Similar to Gawker’s recruitment program, Forbes Media pays its contributors based on the number of unique visitors they bring in per month, with increased compensation if these users are loyal — that is, if they come back to the site within the same month, according to Poynter.

Forbes averaged 25 million unique monthly visitors in the past year, clocking in ahead of The Wall Street Journal, Bloomberg and CNNMoney, according to ComScore.

Yet Holiday said Forbes has eroded its brand in pursuit of growing its audience.

“Their traffic has gone way up, but they’ve completely decimated the credibility of a 100-year-old media brand in two or three years,” said Holiday, the author of Trust Me I’m Lying: Confessions of a Media Manipulator. “If he looked at the 10 most viewed posts on Forbes right now, the original Forbes founder would roll over in his grave.”

(On a recent day, the most popular stories on Forbes.com ranged from a piece on LinkedIn surveys that reveal why employees quit their jobs to a story on novelist Anne Rice’s announcement of a new book.)

He said there is no perfect way to pay writers based on traffic numbers.

“Although uniques are certainly better than pageviews, every blogger is still sitting down every day thinking about how to make their posts viral rather than producing good, highly valuable content,” Holiday said.

When asked to respond to this claim, Johnson replied, “I have nothing to say except ‘There’s only one way to find out.'”

Graves said the ideal method would be to pay writers — or at least reward them — for their “overall footprint.” He defined this as the impact the writing has on the readers as well as the future articles it influences — but admits this concept is easier to execute in theory than in practice.

“It’s always hard to measure in journalism because newspaper reporters rarely cite all of the articles that they’re reading for background from their competitors or even the outlet that broke the story first unless it’s a really high-profile scoop,” he said. “In general if journalists and news organizations were encouraged to be more transparent about and more attentive to the way in which their work has an impact across the news ecosystem, we would really have the potential to reward work that makes a difference.”

See previous articles in our series: