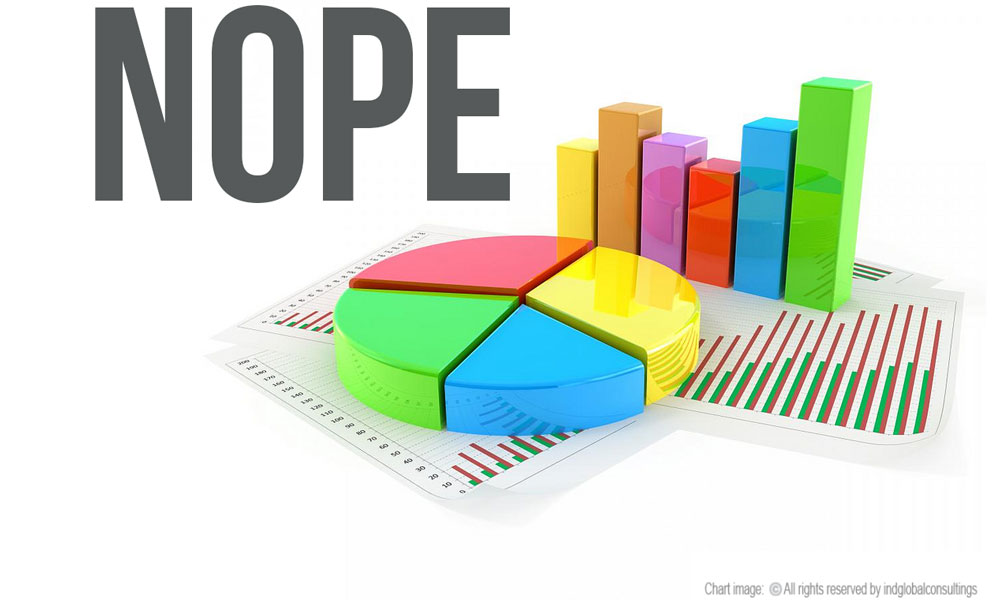 Editor’s Note: This is the second post in a series examining the influence of analytics on how news is produced.

When journalist Russell Brandom first came to The Verge, he was on the “weird” beat.

Translation: He tried to produce pieces the standard Verge reader might not expect, like this story on an Amazon shopper who fed a bot $50 a month to buy random items from the site.

Curious about how many people were reading his stories, Brandom asked managing editor Nilay Patel for access to The Verge’s Google Analytics account.

“He was basically like, ‘Yeah, we’re not gonna do that,” said Brandom, who was surprised because he was accustomed to checking his pageviews at his prior job as an intern for BuzzFeed.

Editors at The Verge said they don’t share detailed site metrics with writers because they want them to cover what’s important, not just what’s trendy.

Patel said only the senior editorial leadership team can see the Google Analytics dashboard, which provides data on everything from pageviews to historical statistics. The publication also doesn’t broadly distribute access to Chartbeat, which provides real-time data on who is clicking on what stories.

That policy appears to be unusual for a news organization, judging by a sampling of 10 other publications contacted for this story. None of the others had an explicit policy forbidding editors from sharing analytics with reporters.

While many news organizations freely share site metrics with their staff members, the growing availability of pageview and engagement data raises thorny news judgment questions that editors and reporters are grappling with on a daily basis.

Some sites, such as Gawker, have experimented with making pageviews a core part of reporters’ jobs by basing some aspects of pay on how much traffic their stories get, while others, such as The Verge, prefer their reporters avoid  the temptation to pander to what’s popular. Still others take a middle road, allowing limited access to metrics.

The Guardian digital audience editor Chris Moran is among those who have raised questions about publications that keep story traffic numbers hidden from reporters.

“Why on earth do we feel either that we can’t trust ourselves with the truth about our readers’ behavior or that we should make (usually very wrong) assumptions about it instead?” Moran wrote in an email. “Are we honestly so scared of numbers that we believe it will lead us to abandon our journalistic principles?”

Patel said reporters are generally uncomfortable with the site’s metrics policy when they start, but get used to it over time.

Even so, he acknowledged that some Verge reporters try to game the policy by getting access to Chartbeat, even though it’s not publicly distributed, forcing editors to reset access.

“It’s like a black market,” he said. “It gets spread around whether I like it or not.”

Reporters can get some sense of story performance by watching social media shares, but those don’t tell the entire story, said Verge reporter Adrianne Jeffries.

“All we’re told are the monthly totals, which basically just tick up every month,” Jeffries wrote, “so every meeting it’s like ‘great, another record month, everybody wins.’”

Brandom said he would spend hours looking at an analytics tool if The Verge’s policy changed.

“I shouldn’t eat the whole box of cookies,” he said. “That’s bad for me. It [not sharing analytics] is a good choice, but it had to be made by someone other than me.”

Instead, Brandom has spent more time thinking about the stories he’s writing, such as one about the FDA and its mandate that genetic testing company 23andMe stop selling saliva test kits.

“Our motto is the intersection of technology, science, art, and culture, so it was like, OK, this is a technology story, but it also has to do with this government agency we cover and this weird corner of genetics science we cover,” he said. “I knew we could really own this in a way that no single department of The New York Times can hit all these bases.”

The Verge nets more than 20 million unique visitors per month, according to Quantcast, a 54 percent increase from a year ago. It’s part of Vox Media, which owns seven websites, ranging from sports blog network SB Nation to Ezra Klein’s new venture Vox.com.

Vox Media CEO Jim Bankoff did not answer questions about what he thinks of The Verge’s analytics policy or whether it’s implemented company-wide but wrote in an email that “people have access to analytics, they are just not compensated by them or driven by them” at the broader network of sites.

Patel said part of the reason for the policy is that he knows The Verge’s traffic will taper off, and when that happens, he doesn’t want the site’s focus to change.

“Our core strength is that we do the news and it’s out there, but you want to come to us because we’re smarter and more authoritative and better, and I don’t think you can measure that in terms of pageviews,” he said.

The question of reporters’ ability to handle website traffic data is especially keen among young journalists.

At The Daily Emerald, the University of Oregon’s student newspaper, new writers need to hone their reporting and editing skills before diving into analytics, said editor-in-chief Sam Stites.

The paper doesn’t distribute site and article analytics widely in the newsroom, he said.

“A lot of our reporters are very, very young,” Stites said. “They’re really good, but they don’t quite understand how to tailor their work towards a specific medium yet, which is totally fine.”

San Francisco Chronicle managing editor Audrey Cooper was shocked to hear that The Verge was among publications that limited reporter access to site analytics.

“That’s just so antithetical to what they [reporters] do,” she said. “We pay them to sift through information and come up with logical stories and points of views. Why can they not do that with their own data?

“If I went and told them we didn’t trust them to see their own pageviews, they would be angry — as well they should be.”

While San Francisco Chronicle reporters are shown which stories get the most pageviews, technology reporter Caleb Garling said he also checks Twitter, Reddit and Hacker News the mornings his stories are published to “get an initial sense of popularity.”

“I don’t sit there and hit refresh constantly,” he said. “I put it out there, let it ride and check back in a couple of hours to recalibrate things.”

On the opposite end of the spectrum from The Verge sits Gawker Media, a company that was built on pageviews.

The network has evolved over the years, from paying writers based on raw pageviews to the current approach — editorial director Joel Johnson said he wants writers to look at their analytics by the end of each month but not necessarily day by day.

There are still incentives for writers to take control of building their audiences at Gawker: They receive end-of-month bonuses based in part on the number of new unique visitors they’ve lured to the site that month. The company also recently introduced a recruitment program that pays new writers based on the number of unique visitors they bring to the site each month.

Yet Gawker deputy editor Tom Scocca said the greater emphasis placed on analytics in comparison to previous years is simply the nature of the Internet, which now operates in real-time. Outlets can publish stories instantly rather than placing them in a newspaper that won’t appear on doorsteps until the next day or week — and they can gauge public reaction just as quickly.

“When you have something to write, you write it and put it out and people start reading it,” he said. “Is that chasing traffic or is that using your optimizability to publish? I don’t know.”

In between the strategies adopted by Gawker and The Verge is Salon.com, which takes a “laissez-faire” approach toward sharing analytics, according to Salon political writer Brian Beutler.

The editors allow writers to see metrics if they ask, but they don’t actively share traffic numbers other than a surface-level weekly report on popular stories.

“I don’t think that it’s super important for individual writers to be thinking about that on a micro level, moment to moment,” said Salon editor-in-chief David Daley. “We want them doing their jobs and thinking about stories.”

Salon staff writer Mary Elizabeth Williams said she is aware when her stories get a lot of traffic, but she doesn’t let that set her agenda.

The most popular piece she wrote for the site was headlined, “Naked models offer a body image reality check.”

It offered commentary on a spread in Plus Model Magazine that depicted a naked plus-size model pressed against a thinner but also naked woman.

Though she said she enjoys writing about sexuality and feminism, Williams said she has no incentive to now include “naked models” in every headline she writes.

“Maybe it’s because I’m a little older and I’ve been doing this for a long time, but I try to use it [analytics] so it’s not going to define my voice or what I write about,” she said. “If I were 20 years younger, I can see it having a different influence on me.”

The Los Angeles Times metrics are visible to all — Omniture reports (now folded into Adobe’s analytics products), are sent out at least once a day; the Chartbeat dashboard is open on writers’ laptops; and editors analyze the previous day’s numbers at the news section’s daily budget meeting, according to Los Angeles Times digital managing editor Jimmy Orr.

Even with all the numbers editors hold at their fingertips, Orr said journalism still reigns when it comes to crafting a news agenda.

“I think we have to embrace metrics and they can tell us a lot about the reader and what they’re looking for, but it’s not the end all, be all, at all,” he said.

Orr said longtime columnist and Pulitzer Prize winner Michael Hiltzik was among the journalists who embraced metrics and used them to his advantage, producing a significant following for his blog, The Economy Hub.

Hiltzik has worked at The Los Angeles Times for years. (The last time he worked for other publications, “we were on typewriters,” he said.)

He said he likes that the editors use analytics as tools but “don’t put any more weight on them they can carry.”

“A lot of it is just the nature of satisfying my curiosity,” he said. “All of us, I think, want to know how our work is being received by readers and users. It’s something I’ve wanted to know since the first day I stepped into a newsroom.”

See previous articles in our series:

The Pageview is Passé: New Metrics Emerge to Measure Audiences

Confessions of a Clickbait Victim
x
>

next story
The Pageview is Passé: New Metrics Emerge to Measure Audiences
x