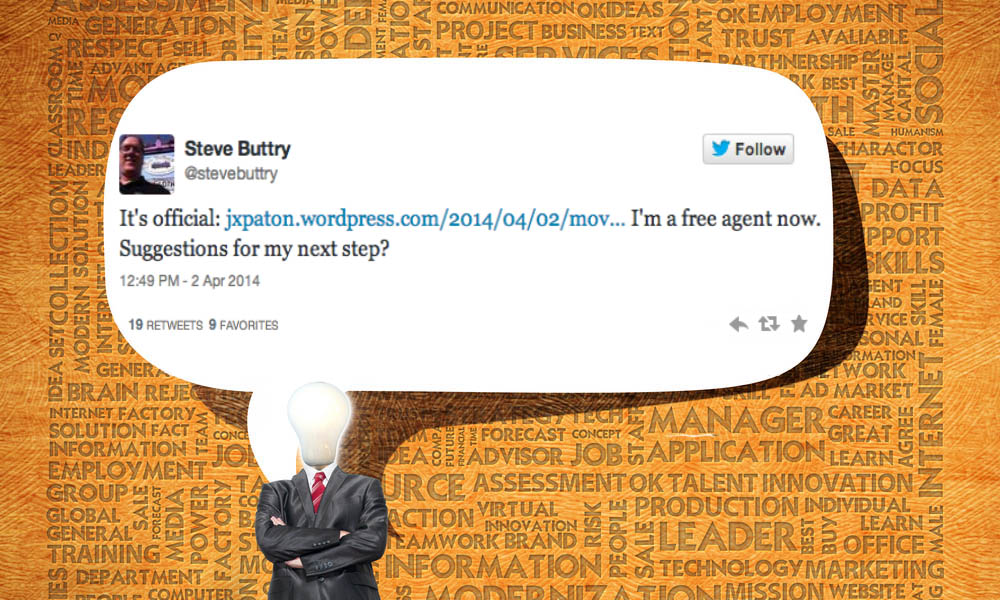 When Steve Buttry learned he was going to lose his job at Digital First Media, his reaction was swift and there to see for his more than 16,000 Twitter followers:

It’s official: http://t.co/mTPn2qVU6u I’m a free agent now. Suggestions for my next step?

He has this advice for how people should handle news of a layoff:  “If you lost your job like a lot of journalists these days, tell people you’re looking.” 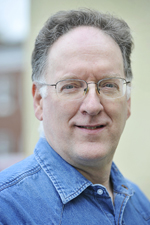 Buttry saw the benefits of publicizing a job loss firsthand. In early April, Buttry was laid off from his position as Digital Transformation Editor when Digital First Media announced the end of Project Thunderdome, the company’s innovative national newsroom. As he made this event public over Twitter, Facebook and his blog, the tips, advice and job leads flowed his way.

In less than a month, Buttry said he has received a job offer and over a dozen leads for others since, but he has not accepted any new post yet.

Anyone trying to figure out how to use Twitter on the job hunt would do well to study Buttry’s Twitter feed, especially since he’s been so open and actively discussing his career change.

Here are a few tips from Buttry and live examples from his feed to showcase how to conduct oneself on Twitter amid a job search.

1) Embrace the community. In a phone interview, Buttry recounts the differences in being laid off in the pre-Twitter era compared to now. He refers to the layoff before Twitter – from his position as editor of the Minot Daily News in North Dakota –  as the “loneliest time of his life,” despite the occasional personal phone calls he received. In contrast, he has received countless well wishes from contacts on Twitter since being laid off in early April. Colleagues on Twitter sent him 17 job opportunities within several days of the layoff announcement, including one instance that led to a job offer that he is considering. “Beyond its value on the job, the morale boost I’ve gotten is worth every snarky tweet, and I’ve gotten a lot [of snarky tweets].” Buttry said one tweet was particularly memorable, a reference from Jay Rosen, who has 137,000 followers.

Possibly the most qualified journalism teacher ever is on the market. If you’re a J-school dean or department head, @stevebuttry is the man.

2) Be gracious. Buttry’s Twitter feed demonstrates the benefits of good manners. When someone offers you support, acknowledge it, and say thank you.

3)  Showcase your career. “I’ve got a Storify of my career, and some of those are nice things people have said about me on Twitter.”

4) Talk to people For journalists trying to connect with other journalists, Buttry recommends tweeting at people even if they aren’t mutual followers. “I don’t know of anybody who’s tweeted at me that I haven’t at least connected with. I’ve made pretty good friendships on Twitter,” he said. “If you don’t know me and you tweet something I write, I’ll tweet back at you thanks and we’ve got a connection. It’s about being personal and smart networking.”  Buttry also recommends direct messaging people or setting up a second Twitter account to tweet to people who are not mutual followers.

5) Be a little funny. Pulling off a dark job loss joke that isn’t depressing is not easy, but can be a good way to make light of a tough situation, if done correctly. Buttry’s Twitter feed in the aftermath of his job loss news also showcases how to hit the right tone amid a job loss: He’s comfortable enough to make jokes, but he never trashes his company or current or former colleagues.

Tip for boosting blog traffic: Get whacked. Short-lived boost, though, and not sure it’s worth it.

6. Take Twitter seriously  “This is the most valuable tool for journalists that’s been introduced in the past 43 years except maybe the cell phone,” Buttry said. “If you’re using it smart, there’s no reason to stay off it during the job search.”

The Future of Comment Sections: Moderated and Annotated?
x
>

next story
AJR News Wrap: Drone Drama in Arkansas and the Growing Power of Video
x