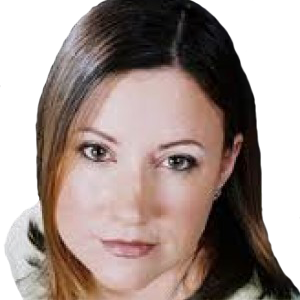 Jackie Spinner is an assistant professor of journalism at Columbia College Chicago. She was a staff writer for The Washington Post for 14 years and covered the wars in Iraq and Afghanistan. Jackie left the Post in 2009 and founded Angel Says: Read, an international literacy project based in Belize, Central America. In 2010, she returned to Iraq to start the award-winning AUI-S Voice, Iraq’s first independent student newspaper at The American University of Iraq. She was a U.S. Fulbright Scholar in Oman and taught journalism at Sultan Qaboos University in 2010-2011, where she founded Al Mir’ah, the university’s first independent student newspaper. In 2011, she was named Fishback Visiting Writer at Washington and Lee University. She has contributed to the Christian Science Monitor, Foreign Policy magazine, Slate, Glamour, Aswat al-Iraq, American Journalism Review, Defense Quarterly Standard and U.S. Catholic News. She is the author of Tell Them I Didn’t Cry: A young journalist’s story of joy, loss and survival in Iraq (Scribner 2006). Jackie has reported from Iraq, Afghanistan, Jordan, Oman, Ecuador, Hungary, Spain, Morocco, Finland, Iceland, Israel, Egypt, the Palestinian Territories and Kuwait. She is a member of the Society of Professional Journalists, Journalism and Women’s Symposium and Military Reporters & Editors Association. She is co-director of Conflict Zone, a groundbreaking multimedia exhibit.