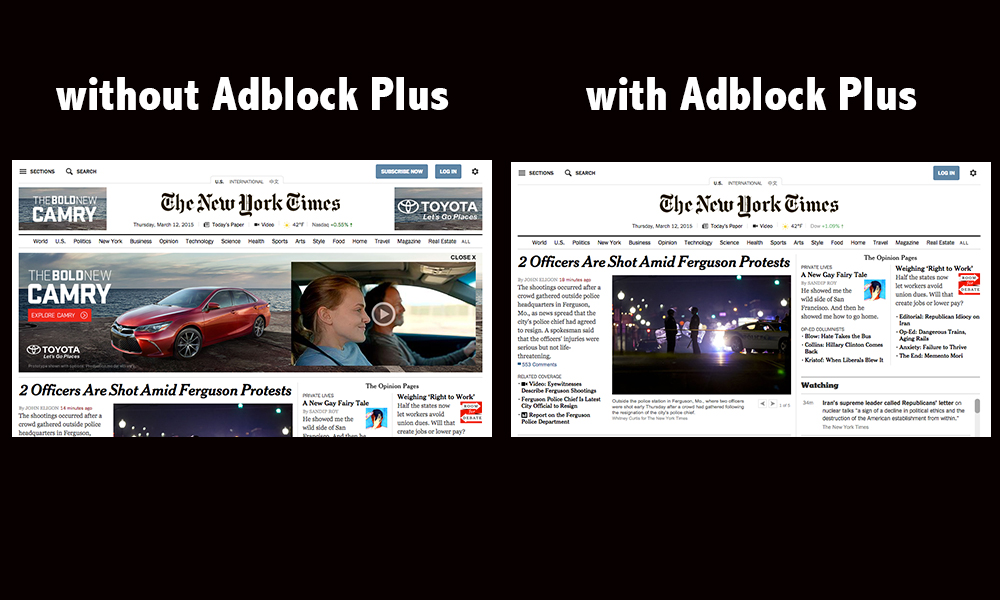 Patrick Curry, 22, sees no ads when he visits websites like the New York Times, even though other visitors see plenty of them–seven at nytimes.com on a recent day, for instance.

That’s because Curry has used free software called Adblock Plus to remove ads from the websites he visits since a friend told him about it more than a year ago. Now he seems blissfully unaware of most online ads–and says he prefers the Internet that way.

“Ads are just annoying,” said Curry, a senior at the University of Maryland. “The Internet is easier without them.”

Adblock Plus is an increasingly popular plug-in that works with Google Chrome—Curry’s browser—and other web browsers to prevent ads from displaying on a user’s screen.  The open-source software project, owned by a German firm called Eyeo,  is proving to be controversial with many news companies whose ads it blocks.

So far, Adblock Plus appears to be surviving legal challenges, at least in its home country.  The BBC reported last week that a German court ruled in favor of Adblock Plus in a suit filed by two German newspapers seeking to have the software ruled illegal and anticompetitive.

A Generation of Ad Blockers

Though publishers may not like it, ad blocking appears to be on the rise, especially among the millennial generation.  A survey of American Internet users by PageFair, a European startup that researches ad blocking and intrusive online advertising, found 41 percent of respondents between the ages of 18 and 29 use ad blocking software.

While  German news outlets were suing, some American news organizations say they don’t see the blocking phenomenon as an immediate threat.

“At this point we don’t see this as a significant enough threat to get into an arms race with companies that produce ad blockers,” Stup said. “We feel that if we put the user experience first, that consumers won’t seek out ad blocking software and the level of adoption should stay where it is today. We are certainly always watching it, though.”

The Post has not looked into technology that could prevent users from employing ad blockers because it would be a distraction for publishers, Stup added.

Brett Robinson, director of ad operations at NPR, said he may look at such applications if the prevalence of ad blockers continues to grow.

“If the numbers got higher – maybe one-third of our visitors or so – we could consider those measures, especially as a non-profit entity,” Robinson said.

Even at BuzzFeed, a publication aimed at a millennial audience, ad blocking appears to be mostly ignored. BuzzFeed’s senior communications manager, Christina DiRusso, wrote in an email to AJR that Adblock Plus does not apply to BuzzFeed because the site does not use display or banner advertisements.

Yet a test by American Journalism Review suggests BuzzFeed may be more affected by ad blocking software than some at the company realize.

AJR tested Adblock Plus on various news websites, large and small, and found the software did a thorough job of blocking ads on all of them. It even blocked nontraditional ad types that people might not expect to be affected. (See “How Using Adblock Plus Surprised Me” for a full report.)

The test showed that Adblock Plus even prevents users from seeing sponsored content or native ads, which can include promoted posts that occupy some of the spotlight slots at the top of BuzzFeed’s homepage. 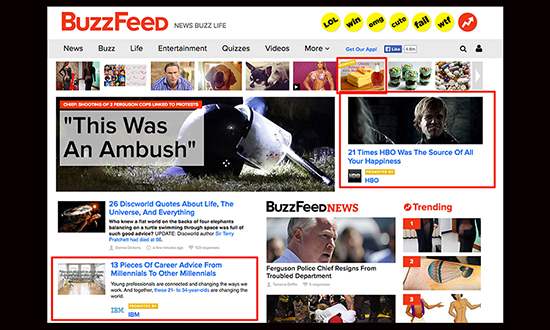 Adblock Plus removed sponsored content from BuzzFeed’s home page, including the three posts outlined in red in this AJR screenshot.

Additionally, AJR found the plug-in can block other media linked to sponsoring companies or products.

Advertising, of course,  funds a lot of content and services all over the Internet, and some users may not want to block all of it. So Adblock Plus offers users the option of  keeping advertising they deem acceptable on certain websites through a process it calls “whitelisting.”

Ben Williams, a spokesperson for Adblock Plus, said this idea came from the organization’s efforts to “not kill the free Internet.”

Adblock Plus, PageFair, and other organizations, including reddit and The Anti-Advertising Agency, created the Acceptable Ads Manifesto for users and companies. The manifesto offers guidelines on ad formats and techniques, characterizing “acceptable ads” as those that are not annoying, do not disrupt or distort page content, are transparent and effective without shouting at users, and are appropriate to the site.

According to the manifesto, “blocking all ads deprives legitimate websites of critical revenue and stops perfectly good advertising from being seen.”

After polling users about their feelings on digital advertising and determining what people want, the organization started letting through some of these “acceptable ads,” Williams said. Adblock Plus released a filter with its second software version. By default, the software is set now so that users allow some advertising on their browsers, as long as Adblock Plus has deemed it acceptable according to the manifesto.

“The motive behind acceptable ads is to encourage advertisers to make better ads,” Williams said.

A major part of this, he said, is proper labeling. The growth of native advertising is leading to calls for more transparency from media outlets about what is sponsored and what is original content.

In the case of BuzzFeed, promoted content streamlined to look like other media on the homepage and in different news feeds is not enough to escape ad filters.

NPR’s Robinson suggested publishers can find ways around the filters. “Ad blockers create an incentive in the industry to make ads in new and creative ways,” he said.

If Adblock Plus users want to eliminate all advertisements, they can change the default setting and disable the acceptable ads feature manually. Users can also help identify non-compliant ads getting through the system by filing a report.

Jordan Cohen, 22, who attends the University of Maryland and hails from Philadelphia, uses the plug-in to remove all ads because he finds them intrusive and too personalized.

“It’s just nice not to have distracting banners which are often overly customized to my search habits,” Cohen said.  “I don’t even remember what it was like to see ads.”

The Creative and Offbeat Ways Journalists Are Using Snapchat
x 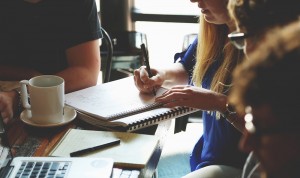