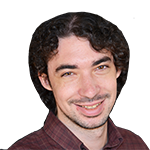 Six weeks ago, the brand new podcast “Serial” was a unique and promising curiosity.

Six weeks later, it’s blown up a little. Or kind of a lot, actually.

It’s the fastest podcast ever to reach 5 million iTunes “downloads and streams,” says the Wall Street Journal, with an average of 1.26 million downloads per episode. Alan Sepinwall over at Hitfix called it “the podcast that launched a thousand thinkpieces,” and a recent Washington Post headline claimed we have a “cultural obsession” on our hands.

At least part of that furor over Serial is attributable to the podcast’s format. “Serial” is built on the proven success of non-fiction narrative podcasts like “This American Life” and “Radiolab.” It holds onto that characteristic, human-driven reporting style and goes further by diving deeply into just a single story over the course of multiple episodes. “This American Life” alumni Sarah Koenig and Julie Snyder launched Serial in October, and like TAL, “Serial” is produced by WBEZ Chicago.  Episodes hover around 30 to 40 minutes in length and are released every Thursday.

Moreover, it’s hard to imagine a story more likely to capture the rapt attention of millions than the 1999 murder of high school student Hae Min Lee and the conviction of her ex-boyfriend Adnan Syed. Koenig calls the case a “Shakespearian mash up” in the first episode. “Young lovers from different worlds thwarting their families, secret assignations, jealousy, suspicion and honor besmirched.”

Not to mention, it soon becomes clear there’s plenty of reason to believe Syed may in fact be innocent.

But that description belies the messiness and inelegance of so thoroughly excavating the minutiae of such an old court case. Individual episodes focus in on different aspects of the story. One early episode examines the discovery of Hae Min’s body, for example, and the most recent one (episode 8) takes a close look at the prosecution’s chief witness. All of them, though, are stuffed with details that constantly pull you back and forth and, taken together, build an infuriatingly bewildering portrait of crisscrossing facts and suppositions. Maybe he didn’t do it! Or, well…maybe he did. Or did he? It’s both overwhelming and captivating.

The danger is how confusing it can be to keep straight all the overlapping and often conflicting testimony and shreds of evidence. This week Koenig had to remind us the Patrick in this episode was not the same Patrick from several episodes back, for example, and I, to be honest, had no recollection of that first Patrick. Compounding that is the challenge of coherently laying out all these elements in an audio format.

As if that weren’t enough, a whole new world devoted to parsing through the details of “Serial” sprung up on the Internet. Slate and The A.V. Club have both dedicated new podcast series to dissecting each new episode. And an exhaustive subreddit devoted to the podcast currently has almost 12,000 subscribers.

Naturally that cacophony is full of (appropriate) comparisons with HBO-style crime dramas like “True Detective” and “The Wire,” plenty of guess work and forecasting about how it will all wrap up, and rejoinders to those predictions (from NPR’s Linda Holmes, for example) warning that a neat and tidy ending is unlikely.

“I do not know how this is all going to turn out,” Koenig herself told Vulture in October. “There was a point where I thought I knew the truth. And then I found out that I didn’t know as much as I thought I did, and I did more reporting, and now I don’t know what I don’t know again! Are you mad at me? Don’t be mad at me!”

I’m not mad, certainly. I can’t even say I find myself all that preoccupied with the ending. There was a point, two, maybe three episodes in, when I too felt pretty confident about the outcome, but that soon dissipated. A constant sense of doubt and impending upset is part and parcel of following this story. That, along with the personal, intimate reporting style, is what keeps me coming back each week.

There’s not a lot that hasn’t already been said about “Serial.” But this, for me, is the big takeaway: That longform journalism doesn’t necessarily demand concise narratives with neat, satisfying resolutions, even if those stories are important and in need of telling. “Serial” proves it’s possible to tell stories in a way that is nonetheless captivating and worthwhile.

In the most recent episode of Slate’s podcast about “Serial,” former defense attorney Jami Floyd explained that when you’re arguing a case to a jury, “You have to have a compelling narrative, and it’s gotta be one single clear narrative. Not ‘well we have this theory, and if you don’t like this theory, we’ve got this other theory’ … Juries don’t like that. ”

Clearly, what’s true for lawyers isn’t always true for journalists. A narrative needn’t be neat or uncomplicated if it’s distinctive and human. And, with any luck, a lot more journalists will take note, throw caution to the wind and tackle more big, complicated stories that resist easy resolution. We need more Serials. 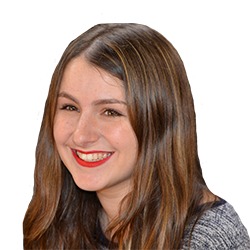 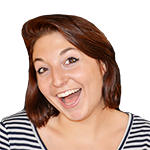 10 Feelings I Have As a Senior Journalism Major
x