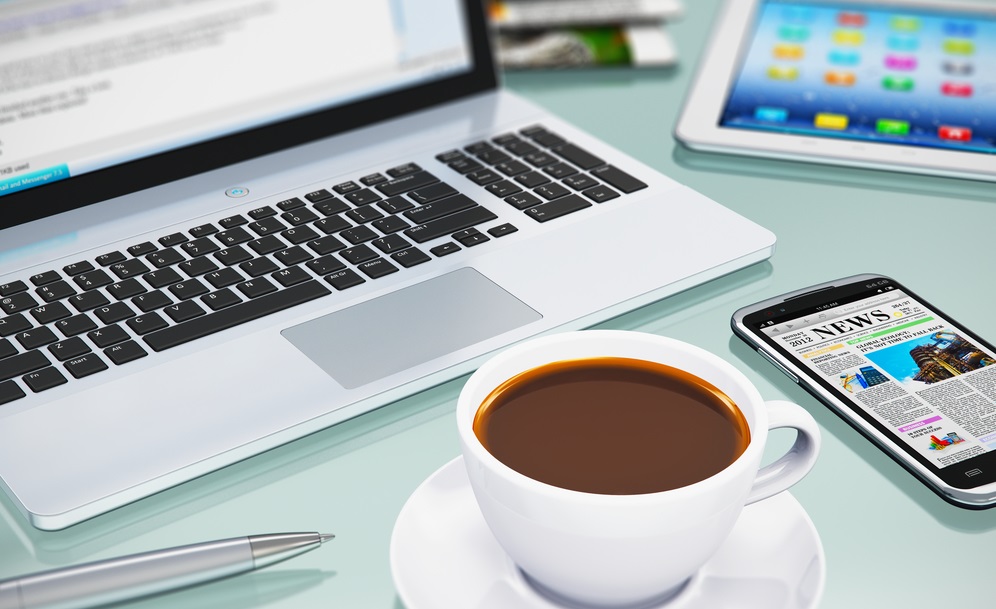 When Jim Thomsen found out he was going to lose his position as a copy editor at the Kitsap Sun, a daily newspaper in Bremerton, Washington, he said that it was the blackest period of his life. “I couldn’t figure out what else I could do,” he said. He spent about a year looking for another job in the newspaper industry. Nothing.

That’s when he decided to start freelance editing manuscripts. Thomsen had been editing manuscripts on the side but never considered it as self-sustaining. Now, he said he’s making more money than he ever did at a newspaper and doesn’t regret the transition at all.

“I had to get past my psychological dependence on my identity as a newspaper person,” he said. “I had to shed myself of my tribal identity and find out what is forward thinking and lucrative, and I found that.”

Thomsen is hardly alone. He’s one of many editors who have opted to become freelancers after leaving a full-time job in the newspaper industry.

American Journalism Review spoke with some ex-newspaper copy editors who now work as independent contractors to find advice for those venturing into freelance work. These copy editors do freelance work for everything from manuscripts and e-books to white papers and even staff bios on a company’s website.

Everybody Needs a Copy Editor

Freelance copy editor Merrill Perlman, who worked at the New York Times for decades, said it’s important to remember that everybody needs a good copy editor.

Perlman will edit “any form of communication,” according to her website. One of her clients is Amazon Kindle Singles, a collection of single pieces sold through Amazon from fiction to long-form journalism. Perlman said that for one of the books she edited, the author wrote her a thank you note saying, “I really wish my publisher were as good as you are.” She keeps the note.

Marcia Kramer also edits a wide variety of copy, including white papers and legal reports. A former metro copy desk chief at The Washington Post before taking a buyout in 2006, Kramer said she’s no expert on foreign policy or economic reports, which are some of the topics she edits as a freelancer.

“I’m not expected to be a subject matter expert in China or any number of other topics that I don’t know anything about,” she said. “But you can tell when a sentence is convoluted or needs to be broken into two. They want me to clean up the language, notice if there is a discrepancy, normal copy editing things. That is my area of expertise as opposed to subject matter expertise.”

The Pay: Different But Decent

Almost all of the copy editors AJR spoke to said they consistently make more money freelancing than they did at their last newspaper job. Of course, the pay is different. There’s no annual salary. According to a chart from the Editor’s Freelance Association, freelance copy editors charge anywhere from $30-$100 per hour, depending on the type of work.

Mark Allen, who has been editing for 27 years and currently runs his own editing business, said that when someone starts out freelancing, one of the hardest things to figure out is how much to charge, but he’s at the point that it’s become second nature. “I don’t do a project rate, I do the hourly rate in case more comes along and it gets complicated,” he said.

Kramer prefers to charge by the hour, but will charge a flat rate if the client requests it. When charging a flat rate, Kramer assesses the work first. “I learned early on to go by word count and not page count [when charging a flat rate], because it depends on spacing. If somebody needs a flat rate estimate in advance, I ask them to send me at least a few pages of the document because one person’s 10,000 words can take way longer than another person’s 10,000 words.”

Each of the copy editors AJR spoke to agreed that networking is key in finding freelance work.

David Sheets, a former freelance editor who now works full time as a public relations manager, advises copy editors looking for freelance work to be willing and able to put themselves out there and let it be known that their service is available.

“It mostly started out with me talking to people that I knew and asking them to get the word out that I was doing this,” said Sheets, whose freelance work eventually led to his current position for Perficient, a global technology consulting company. “But it also required a lot of networking and going out in the community meeting people I didn’t know but kind of knew needed the work that I had to offer.”

Thomsen said he started landing work editing book manuscripts by getting to know the book authors in his area:“They’re surprisingly amenable to getting coffee and having lunch.”

Kramer said it’s all about who you know. “Almost all of my work has come through people I know,” she said. At first, Kramer tried to get freelance work by marketing herself through mass e-mails, stationery and business cards. She doesn’t think that it’s worth the time or the effort. “I would send 200 letters and figure ‘ok, my phone will be ringing off the hook.’ I got nothing. You’re lucky if you get two responses out of 200 and if one leads to a freelance job,” she said.

Kramer advises editors looking for freelance work to go through people they know: former colleagues, neighbors and friends. “Put these people on the spot and say ‘Can you think of anyone I can get in touch with and would it be okay to mention your name?’’’

She said that way, when you reach out to someone, you can make a connection by saying your friend or ex-colleague suggested that you get in touch and they can attest to the quality of your work or your character.

Live, from the Internet, It’s The HuffPost Show!
x
>

next story
Even News Sites Fall for Fake News
x