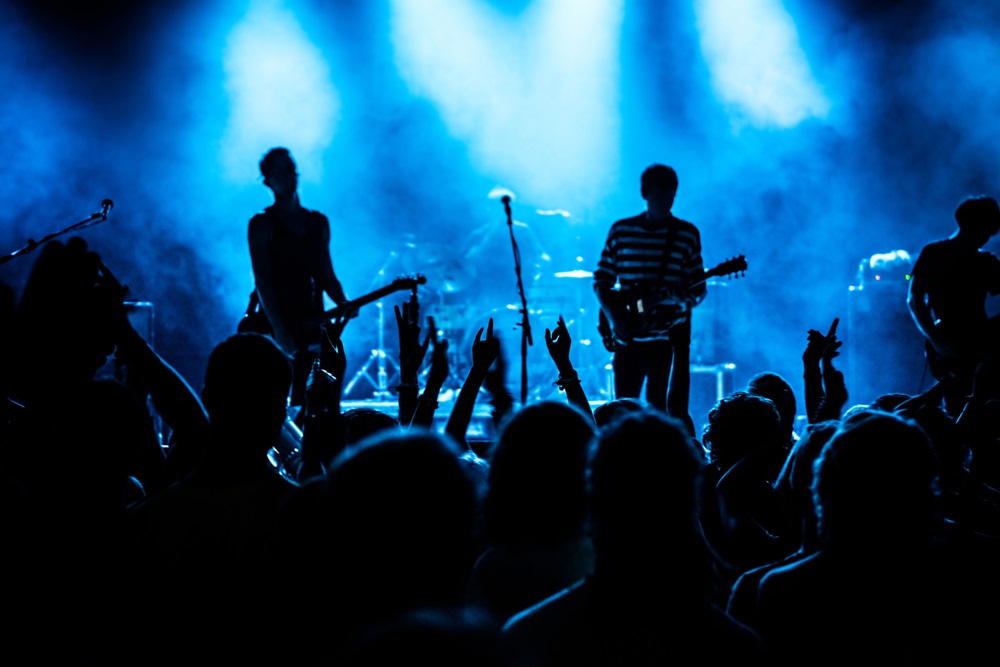 Nate Patrin’s career trajectory in music journalism was once the norm.

Patrin grew up reading Spin and Rolling Stone in the 1990s and wrote music reviews for his high school newspaper. He began contributing to the Minneapolis alt-weekly City Pages in 1999, and from there he moved up to the big leagues, freelancing for Spin and Blender.

“It was the traditional path,” Patrin said. 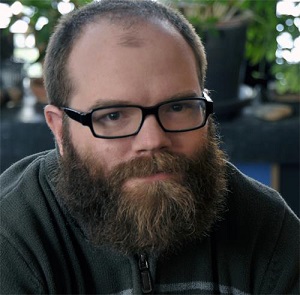 Between then and now, Blender folded in 2009 and Rolling Stone physically shrank its print magazine. In September, Spin Media ended the print edition of Vibe, and Spin, which became an online-only publication in 2012, had its fourth editor-in-chief in two years, Craig Marks, step down.

As the entire media industry has struggled to adapt to demands of the digital age and turn a profit, music publications in particular are facing a slew of unique challenges that have redefined their roles and responsibilities.

Patrin, who currently freelances for Pitchfork and several other outlets, is one of many writers who were drawn to music journalism’s authoritative voices and engaging stories, only to find themselves riding out the profession’s growing pains as it reshapes for the future.

“It can get discouraging, feeling like options for diehard music enthusiasts could be narrowing,” Patrin said.

One of the biggest shifts in digital-era music journalism is the changing role of the music critic. 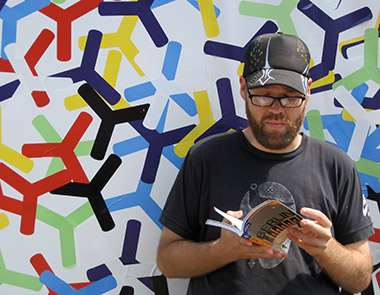 “I feel like professional music criticism is almost a thing of the past,” said Rolling Stone contributing editor Chris Weingarten, who has been vocal about the topic in recent years and calls himself the “Last Rock Critic Standing” in his Twitter bio. He noted that there are “limitless” opportunities to write about music online for free or next-to-nothing, but professional critics are losing the relevancy they once had.

“A critic’s voice is now someone who’s trying to speak articulately in the midst of noise,” Weingarten said.

Album leaks and streaming services like Spotify have democratized the public’s access to music, Weingarten said, and this diminishes the immediacy and impact of reviews written by professionals.

“By the time any of those reviews hit, you’ve heard it. You’ve made up your mind,” Weingarten said. “The whole idea of sitting down and reading eight grafs about it after all that? It’s almost like, ‘Yeah, I’ve moved on.’”

This traditional “consumer guide” approach to music journalism, as Poynter media reporter and former Spin critic Andrew Beaujon puts it, has given way to a more esoteric style of criticism that conveys “what it’s like to experience certain kinds of music.”

“I really enjoy that kind of writing,” Beaujon said, “but there just aren’t that many publications willing to pay for it.”

In addition to criticism, music news has been changed by the social web. Similar to other forms of niche journalism, the music news cycle has rapidly accelerated, and coverage is now driven by click-based metrics that determine a music publication’s value to advertisers, according to Weingarten and fellow music critic Maura Johnston.

Johnston, who has written about music for Rolling Stone, The Village Voice and other publications, believes that the pressure to increase web traffic causes major music publications to churn out sensationalist outrage pieces and “celebrity coverage” of popular artists, a development she compared to “when your bagel shop starts selling frozen yogurt.”

“With diminished resources, what happens is the stuff that’s known to make money gets all of the resources and the time,” Johnston said.

Johnston said she personally struggles with this trend in content creation because her interest in writing about new, unhyped artists is less profitable for publications compared to pieces covering mainstays who are “guaranteed clicks.”

When Johnston wrote for The Village Voice and the pop music website Idolator, “the things that were like ‘Hey, this is a cool band…’ would never get as much traffic as a list of something or [a piece] pointing out something is bad,” she said.

Johnston also attributes this shift in coverage to the way readers use social media to curate content from a number of different sources, making it harder for music publications to target a consistent audience they can sell to advertisers. Safe, predictable topics receive more attention as a result of this uncertainty, she said.

Weingarten doesn’t think most music writers are passionate about doing sensationalist music news coverage, but he acknowledges that, at least for the time being, it is necessary in order for music publications to survive in a click-based economy.

If music publications eventually find a new way to quantify their worth that doesn’t involve click-based metrics, he said, “then you could start seeing sensationalist coverage go away.”

One of the most successful music publications of the digital era is Pitchfork Media, a Chicago-based online magazine. 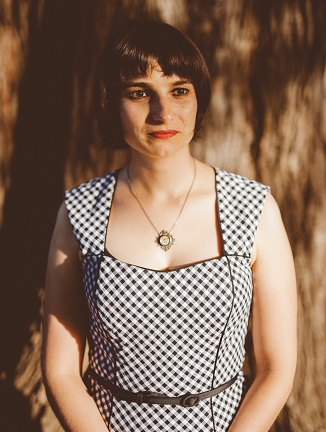 Pitchfork Media, commonly referred to as Pitchfork, was launched in 1995 by Ryan Schreiber, who was a 19-year-old record store employee at the time. The publication initially gained a following for its vigorous coverage of indie music, but as it has matured it has become a one-stop shop for coverage of both up-and-coming artists and well-known indie and pop veterans. Pitchfork has expanded its brand considerably over the past decade by curating its own music festivals, launching the print quarterly, The Pitchfork Review, creating a film site called The Dissolve and licensing video content.

Phillips said Pitchfork doesn’t target users with short attention spans, instead publishing lengthy reviews, features and documentaries. Aside from its rapid-fire news coverage, she said, the site is “definitely for people who want to sit and take a deep dive in things.”

A freelancer for Pitchfork since 2007, Patrin said the publication’s album review schedule — typically 25 reviews are published each week — provides him with opportunities to consistently receive assignments and cover more eclectic releases that might have “fallen through the cracks” at a print magazine.

Pitchfork, he said, has become “what publications like the Village Voice used to be in terms of letting writers go deep without feeling pressured to talk down to readers.”

While the social web has, in many ways, turned the notion of professional music journalism on its head, the industry is not without its optimists during this transitional period. 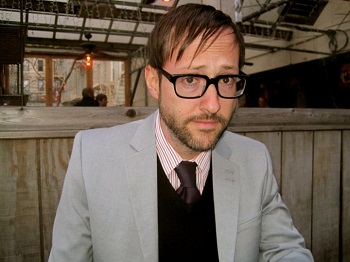 One of them is J. Edward Keyes, editor-in-chief of the digital music store eMusic, as well as the recently-launched music website Wondering Sound.

Wondering Sound, which spun off of eMusic’s editorial wing, went live in March. Keyes said the site is dedicated to publishing longform music writing that covers a variety of genres and topics.

Keyes said Wondering Sound’s emergence is a reaction of sorts to the demise of consumer guide music criticism.

“I think the future for music writers is doing really considered pieces that engage with the work in a long format,” Keyes said. “The stuff that gets me most excited is when a writer goes 2,000 words on something and really brings up interesting, provocative points about how the album fits into the broader culture.”

Keyes said he was able to publish high-quality content on the site from the start by calling upon a large base of writers who had previously contributed editorial content to eMusic. Wondering Sound’s website lists over 200 freelance contributors, including Johnston and Patrin.

In addition, Keyes said Wondering Sound is open to publishing and nurturing talented young writers, and it pays, too.

“In-depth reporting and being a part of creating a public conversation is important, and I would hate to think that there are going to be fewer outlets or opportunities for that,” Keyes said. “That’s part of our mission — to keep those doors open and let people bring us ideas.”

Making it in Music Journalism

Patrin recently ended a part-time job maintaining the concert calendar at City Pages, and he is now a full-time freelancer.

With more than a decade of professional music journalism experience behind him, Patrin believes he will be able to stay financially self-sufficient as a music and pop culture writer. Still, the challenges of full-time freelancing are not lost on him.

Patrin said he tries to keep traditional “9-to-5” work hours as a freelancer, but he does his best to remain flexible in order to accommodate editorial revisions and short-notice opportunities. Patrin remains passionate about music writing after all these years, and he would rather spend nights and weekends on the job than pursue any other line of work.

“It is the kind of thing you really have to be seriously comfortable with for it to work, but I’ve been doing this long enough that I’m OK with working through pressure,” he said. “Better too much work than too little.”

Freelance War Photographers: On Their Own in Danger Zones
x
>