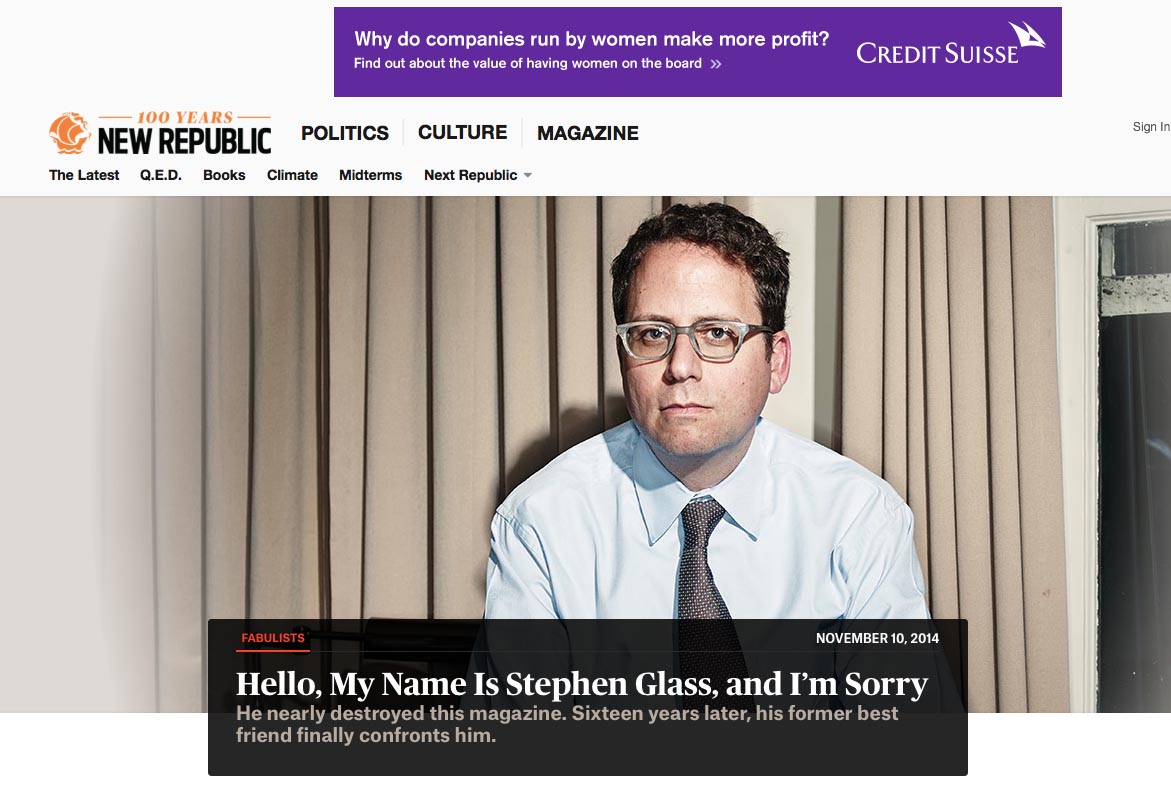 The New Republic magazine is celebrating its 100-year anniversary with an interesting choice for a lead story.

“Hello, My Name is Stephen Glass, And I’m Sorry” the website’s homepage proclaimed on Monday, in bold text over an image of the former New Republic reporter staring abjectly at the camera.

The lengthy feature by Glass’ former colleague, Hanna Rosin, revisits the story of one of journalism’s most infamous fabricators, a reporter for The New Republic who was fired from the magazine in 1998 after revelations that he had fabricated numerous stories. Her story was not only prominently displayed on the web home page, but also appears at the very top of the special anniversary print edition issued this week.

What’s Glass up to now, 16 years after the scandal that “nearly destroyed” the magazine?

He was rejected from practicing law in two states, and currently lives in Venice Beach, Calif., where he advises clients at a personal injury law firm on how best to tell their victim stories in court. (He sticks to the facts these days, he promises.)

Posted online Monday, Nov. 10, the New Republic story runs more than 6,000 words and tells Rosin’s personal account of confronting the former coworker she had once considered a little brother.

So is Glass forgivable, yet? Journalists remain his harshest critics, as Twitter reactions proved Tuesday.

“If journalism is a state, Stephen Glass did treason against it,” tweeted media critic and New York University journalism professor Jay Rosen in sharing Rosin’s article. 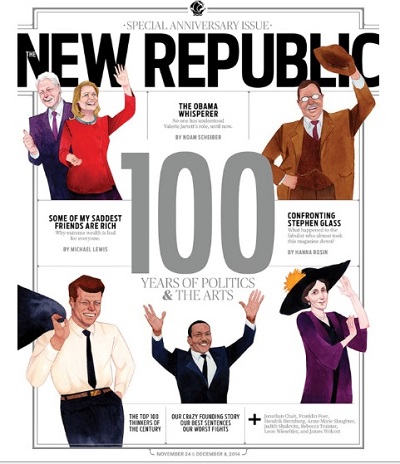 “It just goes back to the fundamental problem with all this. You can’t get your virginity back! You just can’t!” Lane said in the article. “Steve did something so spectacular and so dishonest on such a world scale that it’s going to stay with him forever, and not unfairly. People are entitled to doubt him now.”

But the author took a different tack as she recounted her final meeting with Glass at a bar. “I was not the inspector come to peer inside him and discover whether the inner workings were free of rust…,” she wrote, adding, “forgiveness is a choice, and I decided to make it.”

Correction: A previous version of this article referred to Glass as a plagiarizer. The story has been updated to reflect that some of his stories were fabricated, not plagiarized.

2 Amusing Corrections and a Confession on Common Mistakes
x
>

next story
Sputnik: Russian Propaganda With Some Fluff
x