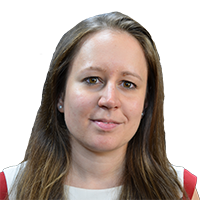 A country in the heart of Europe, after decades of oppression from the Soviet Union, won its freedom in 1990 and became a democracy with an economy based on market principles. It joined NATO and the European Union. Then in 2010, a conservative, right-wing government got elected and used its parliamental supermajority to turn the clock back on democracy, cracking down on press freedoms and introducing a law that stripped churches of their official status and benefits.

This is the story of my home country, Hungary, and it’s a tale of how a young Eastern-European democracy has been sliding back towards authoritarianism for the past four years, ever since the election of Viktor Orbán as prime minister.

You might think Orbán’s crackdowns would draw attention from the U.S. media, which champions individual and press freedoms worldwide. Yet the story has drawn light coverage in the U.S. media until recently, despite the historic nature of what has been happening inside the country.

All this changed in August, when Hungary suddenly became a topic frequently discussed in prominent U.S. media outlets. And what appeared to awaken the American media to the impact of changes taking place in Hungary? It was little more than a catchphrase – specifically, the “illiberal” adjective uttered in a speech by Orbán in which he said he wanted to turn Hungary into an “illiberal state” and he found fault with Hungary’s years of operating as a “liberal democracy.”

On July 26, during his usual annual speech at a youth festival in Transylvania (and translated into English on Hungarian’s government website,) Orbán explained that the “Hungarian nation is not simply a group of individuals, but a community that must be organised, reinforced and in fact constructed. And so in this sense the new state that we are constructing in Hungary is an illiberal state, a non-liberal state. It does not reject the fundamental principles of liberalism such as freedom, and I could list a few more, but it does not make this ideology the central element of state organisation, but instead includes a different, special, national approach.’’

Later in the same speech he cited China and Russia as role models, which really woke people up. “The most popular topic in thinking today is trying to understand how systems that are not Western, not liberal, not liberal democracies and perhaps not even democracies, can nevertheless make their nations successful,” Orbán said, adding, “The stars of the international analysts today are Singapore, China, India, Russia and Turkey.”

Suddenly, the name of Hungary was everywhere. Fareed Zakaria, who wrote first about “illiberal democracies” in his well-known essay in 1997, wrote a story about Orbán’s speech in The Washington Post and included it in his show on CNN.  The Washington Post and The New York Times in editorials called on the European Union to suspend financial support to Hungary.

Obviously, there was some coverage of Hungary in the U.S. media before, especially in the walk-up to the national elections in April. Al Kamen mentioned Hungary from time to time in his In the Loop blog on washingtonpost.com. Charles Gati at Johns Hopkins University has been writing op-eds in American publications. And Kim Lane Scheppele at Princeton has published commentary and long analyses of legal changes on Paul Krugman’s blog at nytimes.com.

But many Americans were unaware of what has been happening in Hungary partly because the topic was not widely discussed in U.S. media, overshadowed perhaps by other world events. With constant crises in the Middle East and Ukraine, the events in Hungary had little chance of becoming a ‘hot topic’ in international news.

How quickly that changed is startling, but should not be all that surprising. The reaction to Orbán’s speech illustrates the power of rhetoric to move both people and the press.

All Hungarians I asked in the Washington, D.C.-area in the past few weeks, who closely watch foreign media coverage of their home country, agreed that the prime minister’s use of the word “illiberal” was a watershed moment. It instantly made the story of Hungary sexy for U.S. audiences, who hold democracy as a basic value. “The Mask is Off,” said the headline of an article Gati wrote about Orbán in The American Interest, which summed up what happened when the Hungarian prime minister uttered the word ‘illiberal.’

“It is obvious that there has been more coverage of Hungarian news in the U.S. media in the past few months than before,” Eva S. Balogh, a retired professor of history at Yale who writes the blog titled Hungarian Spectrum, said in a phone interview. “One reason for this is Orbán, who provokes them with all these silly expressions. The mention of illiberal democracy especially angered them.”

It is hard to tell if Orbán or his speechwriters had been aware that these two words — “illiberal state,” which American media translated to mean “illiberal democracy” –would cause such an uproar, even at home. There are signs that they had not. The Hungarian website, 444.hu, found that the English subtitles on the video of the speech on the government’s YouTube channel, uploaded a few days after the event, did not include the words illiberal state or illiberal democracy. (That video is no longer available.)

Stories published about the country have a huge impact inside the borders of Hungary. If a news story or opinion piece is published in one of the leading U.S. newspapers or broadcast on TV network news, it is immediately translated into Hungarian and published on many Hungarian websites. These translations are so popular with Hungarians that publishing a “U.S. media writes bad things about Hungary” type of story might be considered clickbait – it guarantees a record number of readers.

These stories are important for Hungarians because they provide an outside perspective and put the events into an international context. There are many stories about Hungary in the European press, but U.S. media have a significantly larger audience and get considerably more attention. American media coverage is especially popular with those who oppose Orbán and the governing right-wing Fidesz party in Hungary.

“The foreign press has been seen by the Hungarian opposition as an uncle who gives you a slap in the face if needed,’’ Anna Gács, a professor at the journalism school at Eötvös Loránd University in Budapest, said in an e-mail interview. She is also a founder of University Lecturers’ Network, a group opposing government interference in higher education. “The opposition considers the U.S. press as an embodiment of their ideals such as democracy and a free press. If the American media criticizes the Hungarian government, the opposition sees that as a reinforcement of its own values.’’

Orbán’s government is conscious of its image in the West, too. The government tasked its ambassadors with answering negative press coverage in the countries where they are working. This usually means letters-to-the-editor a few days after a critical piece is published. These letters, sometimes printed by the papers, are signed by a diplomat or a government official, and most of the time they accuse the writer of the original piece of being inaccurate and not being up to basic journalism standards.

For example, a spokesman of Orbán, Zoltán Kovács, wrote in a letter published in The Washington Post as a reaction to the paper’s coverage, that the coverage includes “shamefully inappropriate allegations’’ that are “unworthy of The Post.’’

Gács said articles written outside of Hungary can be influential. “What is written about Hungary in the international press is also important because it influences how other nations see and relate to the country,’’ she said. “And that can have real political and economical consequences.’’ 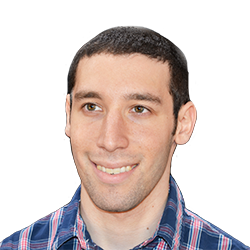 Tracking the Rise and Fall of an Internet Meme
x
> 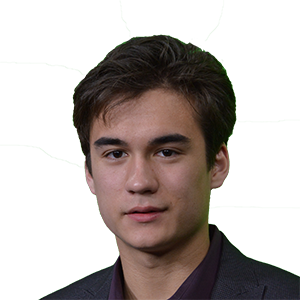 Irony, Insomnia and Tomfoolery: My Week Using the Yo App
x

next post
Irony, Insomnia and Tomfoolery: My Week Using the Yo App
x