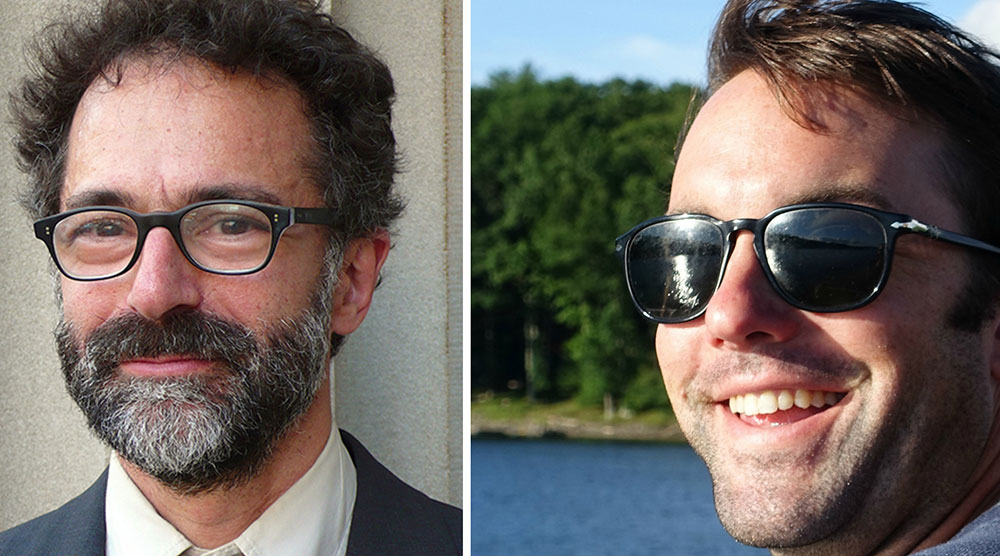 Rather than filling its pages with the work of professional critics, The Talkhouse is a platform for artists to write reviews and think pieces about other artists.

Many music enthusiasts first became aware of it in July 2013, four months after it launched, when the site ran a review of Kanye West’s album “Yeezus” written by the late rock legend Lou Reed. The unorthodox juxtaposition of the two artists, as well as Reed’s witty, insightful prose, gave readers a memorable example of how The Talkhouse’s format could add unique perspectives to the web’s crowded landscape of music writing.

Reed wrote about the contradictions he noticed in West’s album, as well as his observations of the lyrics. Overall, his feeling toward the album — and West — was positive. “But the guy really, really, really is talented,” he wrote.

Since then, the Brooklyn-based site has expanded to incorporate film criticism. The Talkhouse employs three editors, a marketing manager and a contract copy editor, and it will soon begin to generate revenue by running ads. According to its editor-in-chief, Michael Azerrad, the site could someday become a hub for writing about all kinds of art, as explored by the people who make a living creating it.

AJR.org recently caught up with Azerrad and the site’s co-founder, Ian Wheeler. Here are excerpts from the interview.

AJR: What inspired you to create The Talkhouse?

Michael Azerrad: Actually I was approached by Tim Putnam, a business partner of Ian’s, and they run various companies. He had this idea of having musicians write about music. Initially, I thought that [would] be like herding cats. I didn’t think musicians would turn in writing on time…I thought about it for a minute and I realized that a lot of musicians can write. They’re well-spoken. They sit around in a van and the studio all day talking about other people’s music, but they only get asked by the press about their own music. I realized that this was a rich vein to be tapped, and it worked out really well.

AJR: How does The Talkhouse generate revenue? Has it been a profitable venture so far?

Ian Wheeler:  You’ll see ads on the site in the near future. Currently we’re just running internal ads. In the early stages of the site — because the concept is so pure — we wanted to keep the site really pure in that way and not distract people with advertising. … We really wanted to nail the concept first and give people an understanding of what the site was about without advertising before we started putting products up on the site.

AJR: So those internal ads haven’t generated any revenue yet?

Wheeler: No,those are just for other pieces on the site.

AJR: How did the Lou Reed relationship come about?

Azerrad: It happened because Laurie Anderson [Reed’s widow]  was one of the early contributors to the site, and she’s a friend of mine. I knew that Lou was a big Kanye West fan, and that “Yeezus” was going to come out. Lou was actually recovering from a liver transplant operation, and I talked to Laurie Anderson and I asked, “Wow. I would love to have Lou write about the Kanye album, but he famously hates critics and he’s not feeling well,” and she said, “No, just ask him. He’d love to do it.” I worked up the courage to shoot him an email and ask him and he said yes right away. It was actually kind of easy.

AJR: How many unique visitors does The Talkhouse get each month? When a piece like Lou Reed’s [post]  … goes viral, do you see significant increases in pageviews and unique visitors?

Wheeler: It’s really up and down. It can be anywhere between 30 and 150 [thousand unique visitors] a month. We’re just starting to really grow and it’s an exponential thing. It’s absolutely content-driven. Something like the Lou Reed piece — we got millions of hits off that. Also, we were able to license that piece to a couple of different places. The Guardian newspaper in the UK published it in print. A few other newspapers around the world did the same thing. With Lou’s passing [in October 2013] there was some interest there, that people really wanted to repost the piece. We also have days where there are lesser-known artists writing, and we don’t see those huge traffic numbers but we might see a lot more conversation. It really depends on each piece.

AJR: Can you tell me about your production cycle? Do you find it hard to get musicians and directors to write, or do they end up pitching new content pretty frequently?

Azerrad: It’s kind of a perfect storm when an assignment happens because you have to find an artist who is willing to write, has the time to write and sees something that they’re interested in writing about. … And that’s the thing about The Talkhouse — we rarely actually assign a piece. We don’t say, “Hey, you write about this,” because they’re not professional writers. They can’t be expected to write about anything we throw at them, so the idea is for them to write about stuff they’re passionate about. One of the byproducts of that is that it makes the site an index of what musicians or filmmakers are actually interested in, as opposed to what the industry is hyping at the public. … Musicians are great bellwethers for what’s new and cool, and everyone wants to know what’s new and cool.

AJR: Do you think that sometime down the road The Talkhouse will be a one-stop shop for film, books, TV — any sort of artistic medium that could be evaluated by people within the industry?

Wheeler: That’s the idea. For me personally, I really enjoy reading about art written by other artists who have had the experience of creating something and dedicating part of their life to creating something. I think that perspective is invaluable. I think we just want to continue to build our brand as a place where people go to look for that, for really insightful pieces about art by other artists.

AJR: In this environment where art critics and writers are competing for clicks against every blogger and social media user who has the ability to voice their opinion, how do you think they can innovate in the coming years to find new perspectives and create must-read content?

Azerrad: I think these previous few years may have been a weird transitional time where everyone was just throwing tons of content onto the web with not much depth or originality to it. Maybe the audience is starting to have caught onto the fact that there is actually really strong content out there, and you just have to find it. That content will breed incredible loyalty and excitement. We have unique content, and it’s really well thought-out and, dare I say, well-edited. I think eventually quality will win out.

The Good, the Bad, the Ugly of Using FOIA
x
>