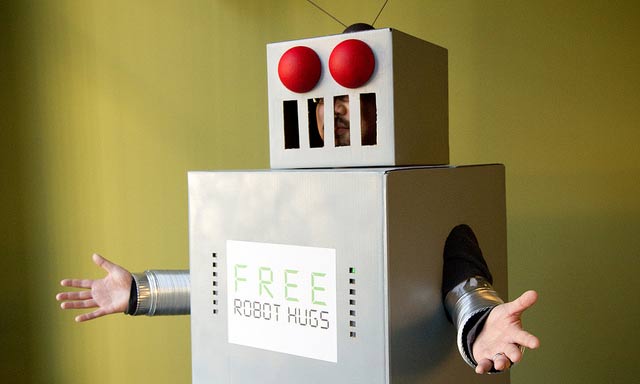 – The debate over whether newsprint is dead heats up — online:  Poynter.org

– Is it ok to plagiarize tweets? Nope. Business Insider

– The tick tock on how to unbolt a newsroom, or should we say a “Mission Control.” Editor & Publisher

– Taking media from print to digital to a whole new platform — reality. Live events now account for some one-fifth of the Atlantic’s revenue. Digiday

– That story about the Dutch cyclist who “was booked on both ill-fated Malaysia Airlines flights?” It might not be true. Slate

– “Don’t feel like you have to do the ‘racism beat’”– and more advice for journalists and writers of color. BuzzFeed

– Bullying bad writers? For some editors, Weird Al’s “Word Crimes” viral video hit a wrong note. “I’m not going to be the kid on the playground who torments the clumsy kid with a dodgeball because everyone else thinks it’s funny.” Grammar Girl

[That 70s Show GIF via j-pizzle-izzle.tumblr.com via giphy.com]

After the Columbia Journalism Review raised questions on whether female journalists were being too easy on ousted New York Times editor Jill Abramson, one of those journalists, Greta Van Susteren, offered this retort: CJR should have called her for her side.

One-fifth of the world’s population logs onto Facebook at least once a month. Another stunning statistic: About 62 percent of Facebook’s ad revenue now comes from ads on mobile devices, which this year is expected to be greater than that on newspapers, magazines and radio in the United States for the first time, according to eMarketer.

The “continuous scroll” is sort of like an Internet trance, and several sites are hoping they have you under their hypnotic power, so you’ll never leave. Poynter reports that Time.com, NBCNews.com and LATimes.com have adopted the strategy of articles that transition to new content with nary a click required. Time says its bounce rate is down 15 percentage points since using this approach.

But how to carry over those fragrance samples? The glossies are bestowing their sleek attraction online, with Yahoo, First Look, Say Media and others leading the way. To make sure you come back again to such sites for your longer reads, such companies are hiring writers with longform experience, including Julie Bainbridge of Bon Appetit, David Pogue of The New York Times and Joe Zee from Elle.

So how does one get popular in the comments section of a website? American Journalism Review writer Cory Blair tried to find out, experimenting with different tactics on Kinja, Gawker’s 2-year-old commenting platform. Loyal users of Kinja had lots to say about Blair’s observations of Kinja, but freelance writer and blogger Kevin Zimmerman, may have said it best, offering this bit of advice to anyone trying to become a part of an online conversation: “You have to work and work and work to establish the voice you want to bring to the community.”

They’re calling it the “wonk wars,” and the latest salvo is from The Washington Post, with its Storyline feature, one of which was about climate change and its ill effects, including a maggot invasion in Chicago.

Reddit is waking up to the importance of breaking news, launching a new tool called “Reddit Live.” Previously, users were limited to the number of times they could update a post, but Reddit discovered users want to update posts with new information as developments warrant.

The New Yorker launched its new website this week — seen as a tectonic event for the legendary magazine whose reputation has allowed it to avoid much of the turmoil of other media in the digital age. In at least one recent case, it even went to the web in — dare we say it — a rush.

Having news stories written by robots is nothing new. Oh, these are real robots. Well, but then are they real news stories? Think about that one, humans.

CBS News’ Steve Hartman has issues with calling it “writer’s block” because he says it’s just “writing” — that hard thing you don’t ever want to do. Other ways to think about it from people who do it every day, via Poynter.

[Simpsons GIF via http://whatshouldbetchescallme.tumblr.com via giphy.com]

This post includes contributions from Leslie Walker and Lisa Rossi

News Wrap: Is Recycling the News Good for the Media Environment?
x
>