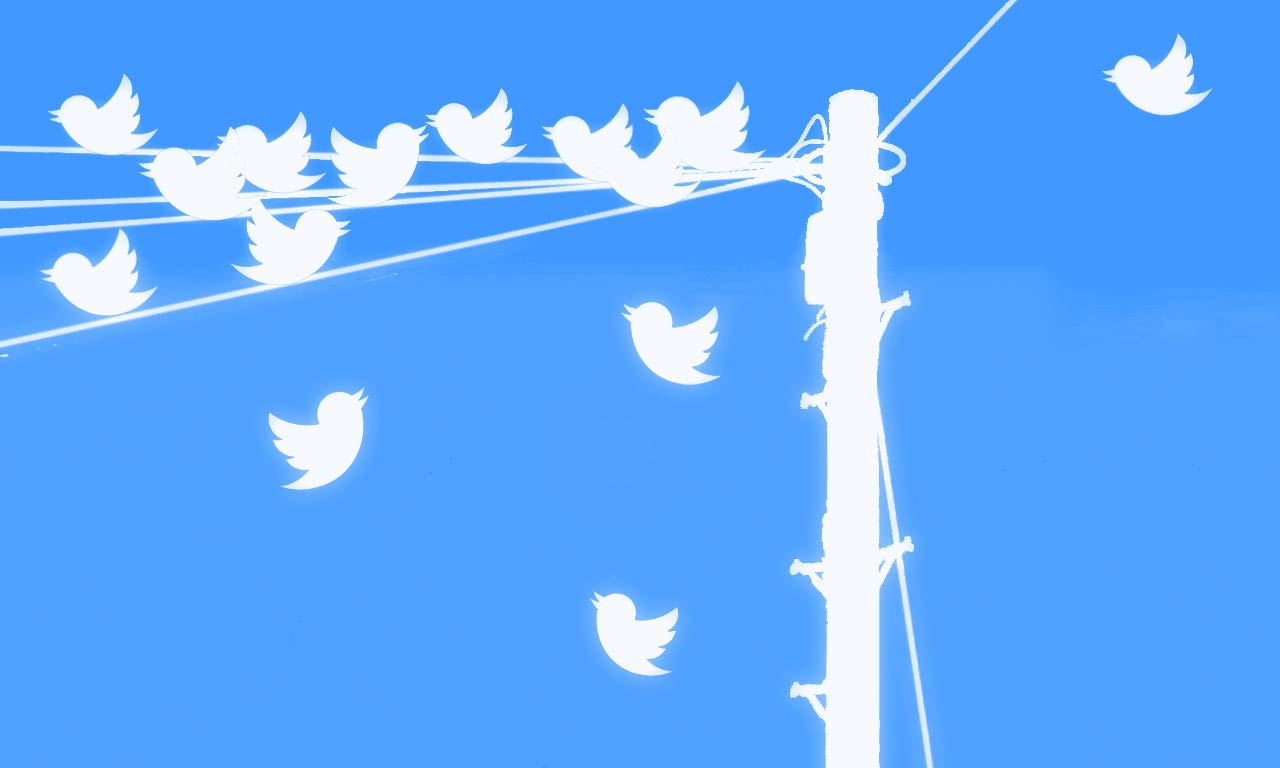 Credit: mkhmarketing via Creative Commons on Flickr
SCOTUSblog, the online platform that covers the Supreme Court, sent out a flurry of tweets this week to people who thought the blog was the actual Supreme Court of the United States.
Cory Blair

Tom Goldstein, 43, is the publisher of  SCOTUSblog, a site that reports on the U.S. Supreme Court. He is also the man behind the @SCOTUSblog Twitter handle, which garnered a lot of news coverage this week for the snarky way it responded to people who thought the online publication was actually that of the Supreme Court.

Goldstein, a lawyer, was in charge of responding to the inundation of angry people who directed vitriol and profanity at the blog on Monday, the day of the highly controversial 5-4, Burwell v. Hobby Lobby decision in which the court sided with the craft store chain and said family-owned companies with religious objections cannot be required to pay for birth control for employees under President Obama’s Affordable Care Act.

The commenters apparently were unaware that SCOTUSblog’s Twitter feed was connected to an award-winning publication that has covered the Supreme Court since 2002, thinking instead that their responses might go directly to the source of their ire — the five justices who backed Hobby Lobby. It was okay with Goldstein, though, because it happens at the end of each Supreme Court session, and he was prepared with some zingers that got the attention of online media, from Vox.com to BuzzFeed and Gawker, which described the online verbal storm as an “outraged Twitter mob.”

In one exchange, a Twitter user directed a public message to SCOTUSblog, saying it was a “disgrace to our system.” Capitalizing on the multiple meanings of the word “system,” SCOTUSblog replied, “System? Windows 8?”

In another instance, a user with some apparent spelling deficiencies told the blog on Twitter, “Nigtmare will follow your decision.” SCOTUSblog replied, “Don’t tink so.”

In yet another exchange, a Twitter user accused SCOTUSblog of making the worst decision of its history. SCOTUSblog replied that another terrible decision was “eating the cheap Kung Pao Chicken.”

System? Windows 8? MT @hotpan10 @SCOTUSblog you are a disgrace to our system. #letdown

Or eating the cheap Kung Pao Chicken MT @NYCPainter1: Of all the bad decisions @SCOTUSblog made the last few years, #HobbyLobby is the worst — SCOTUSblog (@SCOTUSblog) June 30, 2014

AJR talked to Goldstein, (who doesn’t use his own personal Twitter account) about Twitter, trolls, and the aforementioned Chinese dish. This interview has been condensed and edited.

So you’re the man in charge of all the tweets on the day of the Supreme Court birth control ruling. How did you come to take that on? I am the publisher of the blog, and I am the person who principally does our Twitter feed.

Your tweets were seriously funny. How did you do that? That’s very kind of you. I think that the context is what makes them funny. They don’t have to be hilarious because people look stupid.

[In the below tweet, someone, thinking they were speaking to the Supreme Court, said the blog’s method of highlighting opposition to the birth control decision wasn’t “funny.”]

What was the process? Did you fire these off as soon as they came to your head? Did you draft some of them? I did them just on the fly. We were down at the court reporting on the decisions for the first couple of hours, and I was just doing it on my cellphone, then I came back into the office and just kind of kept it up. Then this morning I’ve just been marking tweets, and now I have a Google doc in front of me working on the next generation.

How many responses in total have you written so far? Probably around 20 and probably got another 20 to go.

How many people have tweeted at SCOTUSblog thinking that it was SCOTUS? We are probably catching around half of them. I really don’t know. Sometimes our feed moves so fast that we miss them. Also we only do the mean ones. We aren’t trying to embarrass people; we are trying to troll the trolls.

Has this confusion ever happened before? Yes. It happens at the end of the year, every year, in the big big cases.

Have you ever responded like that before? We did it a little bit last year, but never on a sustained basis.

What was the most outrageous tweet you saw yesterday? There were some with just unbelievable profanity that I wouldn’t ever repeat on the phone.

Why did you respond in the manner that you did? The only way to deal with trolls is to let them embarrass themselves. They aren’t people you can have an actual conversation with. This is a way to engage the readership. When I do this, hellfire rains down on them, we now have 180,000 followers. If it was just us responding to them, that would be one thing, but if they are sufficiently abusive they could get hundreds of things directed at them.

What message were you trying to get across? Just to take a minute and be more civil and think about what you are doing rather than blasting off.

How would you characterize your responses? As trolling the trolls.

Are there any tweets you sent out that you regretted? The only one time I regret is when people aren’t being mean–I think there was one where someone was just confused. Then, some of our readers made fun of her and I do regret causing that reaction.

Why do you think it was meaningful to highlight the tweets that you did? Because there’s such broad frustration with trolls on the Internet. People just hate them and don’t have a way of dealing with them.

[Here, a Twitter user sent a tweet to SCOTUSblog, saying its government is being passive aggressive. SCOTUSblog replied, “Drops mic,” referencing what rappers and comedians do when finished with an act, signifying they have just put on an amazing performance.]

What was your favorite tweet from yesterday? Probably there’s one that says, “You disgust me,” and we say back, “but you complete us.” Yeah. Just because of the elegant simplicity.

Did you get a lot of new followers as a result from doing this? We got 20,000 new followers, but that’s still only about 15 percent of our followers.

Was it frustrating to you that so many people thought SCOTUSblog was SCOTUS? No. People thought that maybe we were taking it hard because people were being so mean to our account, but these people are being thoughtless and that doesn’t bother me a bit. It gives us a great opportunity.

What value do you see in Twitter as a platform to drive interaction and traffic to SCOTUSblog? It’s not very deep. A lot of people miss it. A tweet goes by and people don’t see it. It’s not nearly as good as actual visits to the blog, but it’s a good quick information distribution tool. It’s good for breaking news, for example.

[Here, a Twitter user accused SCOTUSblog, again, thinking it was speaking to the Supreme Court on Twitter, of being run by an angry 14-year-old boy. SCOTUSblog refused to even comment on that accusation, and instead said, “Goodnight.”]

And… scene. Goodnight MT @seanmcdh: was the @SCOTUSblog account hijacked by an angry 14 year old male? wow! So much for ”…by the people.“ — SCOTUSblog (@SCOTUSblog) July 1, 2014