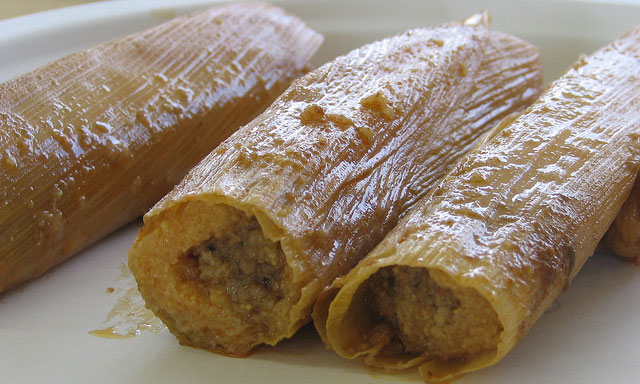 Editor’s Note: This is one in an AJR series of shorts on media startups.

Though the site tends to publish international pieces, this one was set in the heart of the southern United States — the Mississippi Delta.

“It’s a classic Roads & Kingdoms story,” said co-founder Matt Goulding, who spoke from Barcelona via Skype. “You start with the idea of a tamale –­ very simply a vessel for calories and sustenance -­and through it you unpack this entire region’s issues: racial issues, historical issues, poverty issues, environmental issues. You can see all that through the lens of the grease-­soaked tamale.”

Roads & Kingdoms, initially created in December 2011 as a Tumblr page, is one of the longform startups that has rebelled against a digital media age filled with GIFs and listicles. Recently voted America’s Best Travel Journalism Site in 2013 by the Society of American Travel Writers, Roads & Kingdoms has cut out a niche that few professional news organizations have filled.

Goulding had worked as a professional chef and food editor of Men’s Health. His business partner, Nathan Thornburgh, was a long­time foreign correspondent for Time Magazine. Both wanted to tell in-depth stories that were often left out of streamlined news pieces, like the elusiveness of  alcohol in Pakistan or the day-to-day existence of a sex shop run by women in Istanbul.

Together, they began posting stories to the Tumblr page, calling them “dispatches.” By March 2012, the self-funded web site was up and running.

Roads & Kingdoms is still operating on a slim budget but has expanded to an eight-­member team with offices in New York and Barcelona. Goulding said the site has “options for capital from outsiders” but hasn’t taken on any investors yet.

However, Roads & Kingdoms has partnered with several legacy media organizations, including Sports Illustrated, Slate and the co-­founders’ old haunts, Men’s Health and Time.

“It helps build raw audience but also a certain level of legitimacy in a world where people are starting random web sites and there’s a line that’s like what’s a blog vs. a magazine vs. a journal,” Goulding said. “It helps to have that relationship with legacy media to show that we come from this background, we’re professionals and we’re trying to put out professional pieces.”

The site is now publishing one longform story nearly every weekday. Goulding said the audience is fairly split between female and male readers, and the average age is 33 or 34 with an annual income of $60,000 to $75,000. He said much of the audience comes from North America and Europe, but there are also significant pockets of readers in Africa, Pakistan and India.

“What’s great is when you publish one story that speaks to a certain sector of the world, certain audience and region. If you do it well and get it right, you’ve won over their confidence,” Goulding said. “All of a sudden, they’re the ones sharing your next article that has nothing to do with soccer culture in Pakistan.”

Goulding’s eventual goal for the site is to become more of a media company than a publication, with the potential to produce books or create television shows that have the same Roads & Kingdoms ethos. He also wants to focus on paying writers what they deserve for extensively reported, well-­written stories.

“You hear from writers: ‘This website that has 89 million unique visitors a month wants to pay me $100 for my 3,000­-word piece,” Goulding said. “You’re like, ‘Wow, those guys are paying that low?’ It almost makes you feel good. To be clear, we’re not paying people what they deserve yet either, but we don’t have 89 million unique visitors a month.”

Goulding declined to discuss traffic numbers but said the number of visitors has been “growing steadily” over the past two years.

“Attention span is always a challenge for people publishing longform or medium-form journalism,” he said. “You combine that with the variety of things we publish and the variety of regions we publish, and you get a certain kind of reader –­ but we’re really happy with that kind of reader. Not everyone is going to subscribe to the kind of stuff we do, but we try to keep the tent as open as possible.”

Office address: One in DUMBO ­ Brooklyn, NY, and one in Barcelona

SCOTUSblog Brings the Gavel Down on Trolls
x
>

News Wrap: Some Great Advice About Twitter You Don’t Want To Hear
x

next story
News Wrap: Some Great Advice About Twitter You Don’t Want To Hear
x