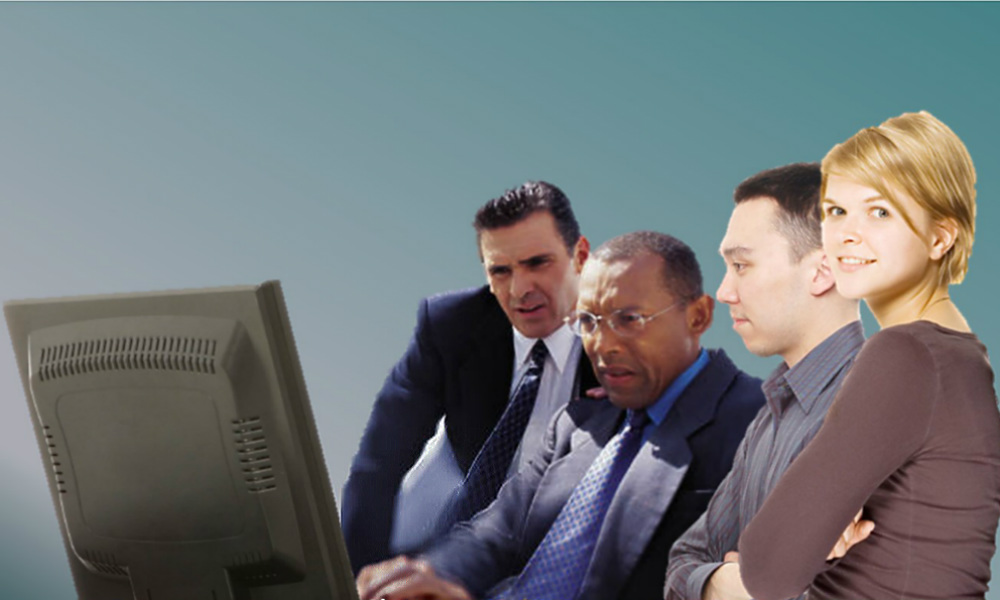 The Washington Post has pulled the portion of its online job advertisement for a social media editor that lists, among its job requirements, the “ability to explain to those twice your age what Reddit or Snapchat or Whisper or Fark is.”

Further, it’s a “bonus if you’ve convinced them to use any of these platforms.”

The new version of the social media editor job posting, found here, does not include the ability to explain social media to older people in its job requirements.

Current job requirements include working knowledge of HTML (“and quite simply, how the Internet works”); audience building experience; and five or more years of journalism experience.

On Tuesday, the reference to explaining social media to older people was deleted.

“That draft, while intending to be playful, is not in the style of The Post nor was it the intended final copy,” Coratti said in an emailed statement. “We did not receive complaints, but rather chose to update that post with the language we felt best conveyed what we are looking for in the position.” 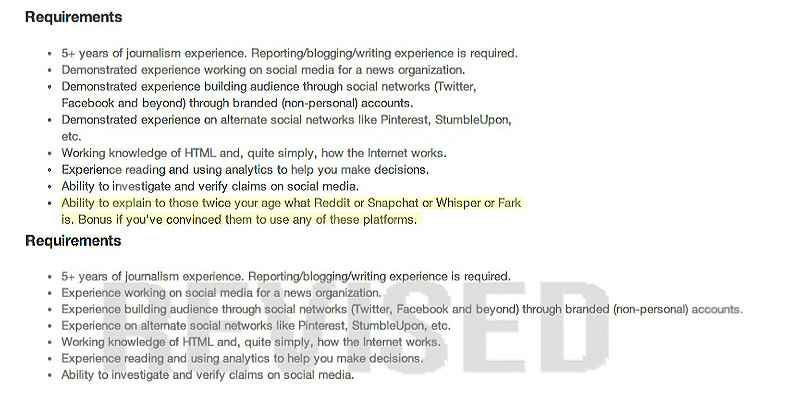 A screenshot of the original Washington Post job advertisement for social media editor, posted 6/20/14 and the revised version.

Media industry blogger Jim Romenesko posted about it on June 23 under the headline, “My Project for Today: Finding Someone Who’s 120 And Introducing That Person to Fark.”

Wall Street Journal Social Media Editor Elana Zak said on Twitter the Post had “quite possibly the best social media job description ever.” Zak responded to one user on Twitter who questioned whether the ad was the kind of thing that could get “companies in trouble for ageist hiring,” saying she “was wondering about that also.”

Zak referred follow-up questions on her tweet to a spokeswoman at Dow Jones & Company, who declined to comment.

Norm Matloff, a professor of computer science at University of California, Davis, who has spoken out against age discrimination in the tech industry, said his main observation was how obvious the ad was.

“It’s a little bit more blatant than one usually sees,” he said. “Your eye was caught by an ad where age fairly obviously is an issue. Usually it’s much more subtle than that.”

Matloff said age discrimination is “rampant throughout the tech industry” — an ever-growing influence in journalism — and it’s common for older workers (which he defined as beyond 35) to be automatically rejected for a job because they are “not a new or recent college grad.”

Journalist Mike Lange, 71, was among those who saw the original job description.

“I think the Washington Post help wanted ad perpetuated a stereotype that us old fossils can’t embrace technology,” he said in an interview. “The fact is we can and we do.”

Lange, from St. Albans, Maine, said he covers five towns and three school districts as part of his job as a staff reporter at The Piscataquis Observer, a weekly paper. He said he manages several Facebook pages for various organizations, including the Maine Press Association.

“There are many people my age who have embraced technology simply because it’s very easy to learn,” he added.

News Wrap: Some Great Advice About Twitter You Don’t Want To Hear
x
>